Mexico sued the US for arms trafficking and damages 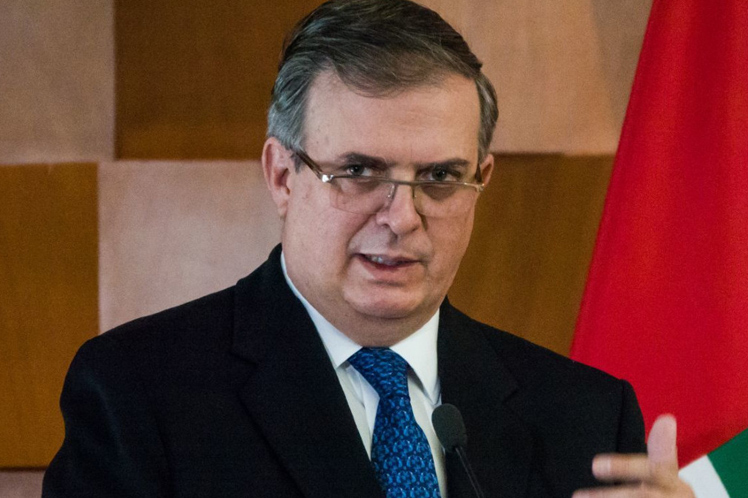 Mexico sued the US for arms trafficking and damages

The FM presented this Wednesday to senators and deputies the actions against the commercialization of arms and illicit trafficking from the neighboring nation.

He said Mexico has been in the process of this legal claim for two years against those who manufacture weapons closely linked to internal violence.

His objective is, first, that the guilty companies compensate the Mexican government for the damages caused by their negligent practices. The amount will be determined at a trial, he said.

Second, that they develop and implement reasonable, verifiable standards to monitor and, where appropriate, discipline their distributors, because companies know who they deliver them to. They argue, said Ebrard, that when they go on sale and commercialization, they no longer have any responsibility, but they do have it and know precisely who they reach and if they buy 5 Barrets or 50. They have all the information of who bought them and if They buy it three times the same gun, too.

He denounced that they are developing different models for the drug traffickers, made for them, and they are more valuable. He revealed that they have different types of arrangements, from an aesthetic and use point of view.

Mexico asks, thirdly, he explained, that they incorporate security mechanisms in their weapons so we can prevent them from being used by unauthorized persons or persons linked to crime.

Manufacturers should pay for studies, programs, media campaigns and other events focused on combatting illicit arms trafficking; that companies immediately cease negligent practices that cause damage and deaths, said the head of diplomacy.

He indicated that many programs have been made. Mexico presented 17 actions in which both governments work together, with different types of results, but this demand today does not replace other efforts that must be made, he clarified.

He recognized that the authorities have to do more and better to control the borders, and in fact, he reflected, we have to think about another type of supervision against weapons.

He revealed that President Andrés Manuel López Obrador authorized to undertake this action knowing that a litigation of this nature to be held in Boston has no precedent in Mexico, and trusts the legal quality and merit of the arguments.

He announced that they would litigate it in all seriousness, they are going to win the trial and achieve a drastic reduction in the illicit arms trade, which cannot remain unpunished with respect to those who produce, promote and encourage smuggling from the United States.