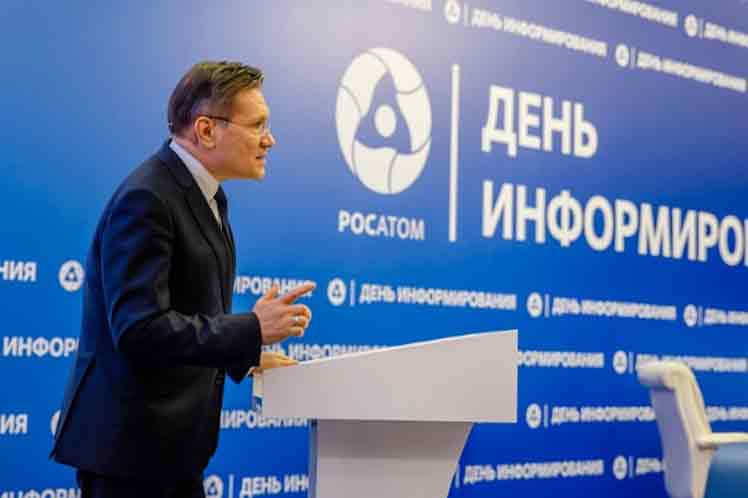 In a meeting with Russia’s President Vladimir Putin, Lijachov emphasized that such amount of generation surpassed the highest figures reached by the former Soviet Union, ‘when Armenia, Ukraine and Lithuania (large energy producers) were part of the USSR,’ he noted, according to the TASS news agency.

The leader highlighted that 2020 was the ‘most successful year in the industry history in terms of occupational safety.’ He recalled that such outcomes were very important in Covid-19 times.

In another part of the dialogue, the head of the Russian State Atomic Energy Corporation requested Putin’s support for creating a large container-transport logistics corridor as part of the Northern Sea Route project.

Lijachov explained that in order to develop it, the entire created infrastructure would be used. ‘That is a completely new level of business for the economic positioning of both ROSATOM and our entire country,’ he assured.

In his opinion, the March incident in the Suez Canal that resulted in the obstruction of navigation through that waterway by a container ship, as well as the growth of world trade, point to the need to create alternative sea routes.