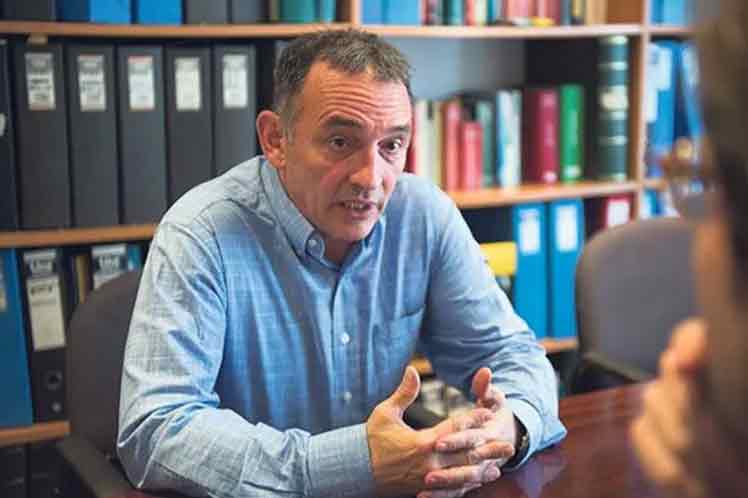 Madrid, Aug 4 (Prensa Latina) The assistant spokesman for 'Unidas Podemos' (UP) and member of Parliament for the United Left (UL) of Spain, Enrique Santiago, considered absurd that Cuba undergoes interference measures from the United States.

In an interview with La Marea bimonthly magazine, also a digital newspaper, Santiago emphasized that Cuba has faced US attacks since its independence.

Santiago, who is also also the general secretary of the Spanish Communist Party (SCP), recalled that first it was the Platt Amendment, which did away with political sovereignty, and when the US lost political control over Cuba last century, it imposed a brutal blockade.

‘It established measures of economic suffocation, illegal according to international law and condemned every year at the United Nations General Assembly,’ the member of ruling UP coalition said.

He explained that Cuba, which despite everything manages to be among countries with the best rates of life expectancy, health and education, and be a power in biotechnology, must face a permanent situation similar to a state of war.

What is happening these days is just another expression of that aggression against a sovereign country that does not want to become a colony, like neighboring Puerto Rico, Santiago said.

He added that his impression is the Cuban people want to improve their socialist democracy, not replace it with savage capitalism from neighboring Haiti.

It is the Cuban people and their leadership, not third parties, who must take measures to correct mistakes, he said.