Cuba in a caravan for peace, love and solidarity 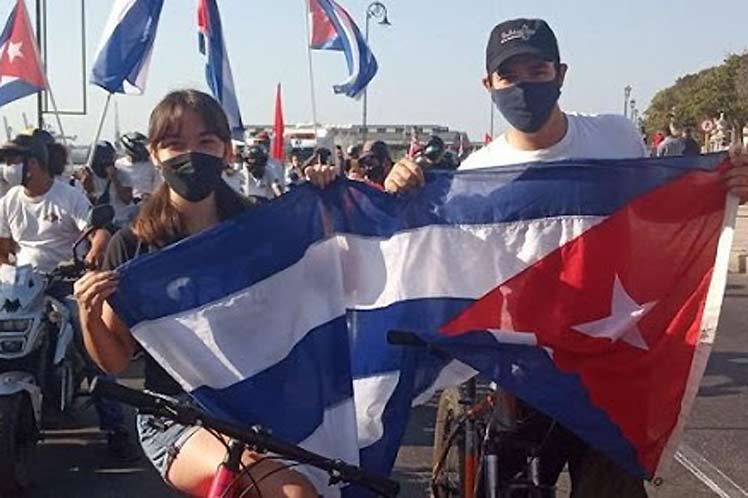 Cuba in a caravan for peace, love and solidarity

As Cuba’s Young Communist League (UJC) posted on its Twitter account, the rally, under the name of ‘Victoria Popular,’ will begin at 09:00 hours, local time, on a route that will conclude at the 13 de marzo square.

This site will host activities with students from different higher education centers, as well as the parks at Avenida de los Presidentes, known as G Street, and Trillo park, all central locations in Havana.

In addition to the university fair, a tweet is scheduled from 10:00 hours to 12:00 hours, local time, with the hashtags #VictoriaPopular, #Cuba, #UJC, #PonleCorazón, #SeguimosGanando and #TúEresElPresente.

On Twitter, UJC first secretary Aylin Alvarez called on people to participate with discipline, responsibility and in strict compliance with hygienic-sanitary measures to avoid Covid-19 contagions.

The caravan will coincide with the 27th anniversary of the August 5, 1994 events, when a group of citizens carried out violent and vandalistic acts in streets near the Havana coast.

At that time, the historic leader of the Revolution, Fidel Castro, attended the place and his presence immediately attracted the support of the Cubans.

The Cuban Ministry of Foreign Affairs accused the United States’ Government of being directly involved in the July 11 disturbances in different parts of the country, by financing and instigating such events.

On July 17, thousands of people took to the Havana streets with a message of peace and love, rejecting the interference in the internal affairs of the nation and the economic, commercial and financial blockade imposed by the United States against Cuba for more than six decades.