Cuban youth ratifies support for the Revolution and the government 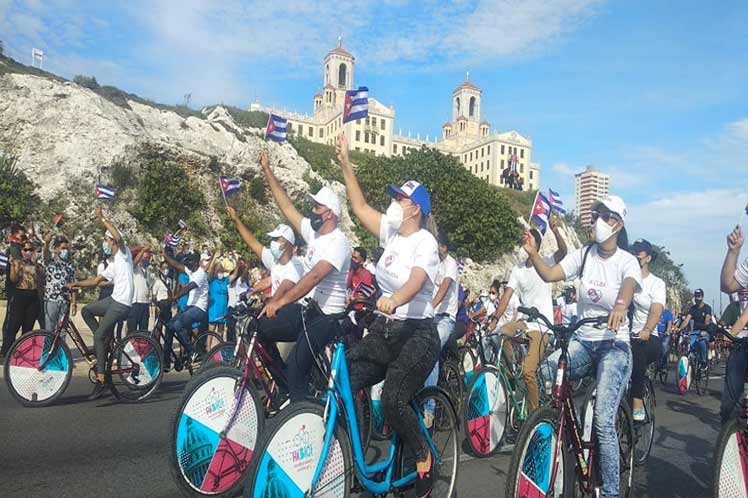 Cuban youth ratifies support for the Revolution and the government

The second secretary of the National Committee of the Young Communist League (UJC), Lisara Corona, told Prensa Latina that the participants in this caravan are sendinng a message of peace, love and support for Cuban institutions to the world, and have many reasons to take part in it.

Also the celebration of the popular victory of August 5, 1994, when the attempts to subvert the social order in the country were defeated by most of the people, with Fidel Castro at the head of this triumph, she recalled.

It is also a tribute to the health and support personnel, who have strongly fought against Covid-19 for one and a half year and are currently fighting amid the complex epidemiological situation.

She added that these young people are also acknowledging the work of the Cuban athletes, both the medalists and the rest, who have made Cuba proud at the Olympic Games.

He pointed out that the caravan, which involves people on roller skates, skateboards, cars, motorcycles, electrical motorcycles, etc., took into account the country’s health scenario from the very beginning and therefore ensured compliance with health measures.

It left at 9:00, local time, from La Chorrera, and extends to La Punta along the Havana coastline, to culminate with a university fair at the 13 de Marzo Park, something that will occur simultaneously in other squares of the capital, such as Trillo, in Centro Habana; and G and 25, in Vedado.