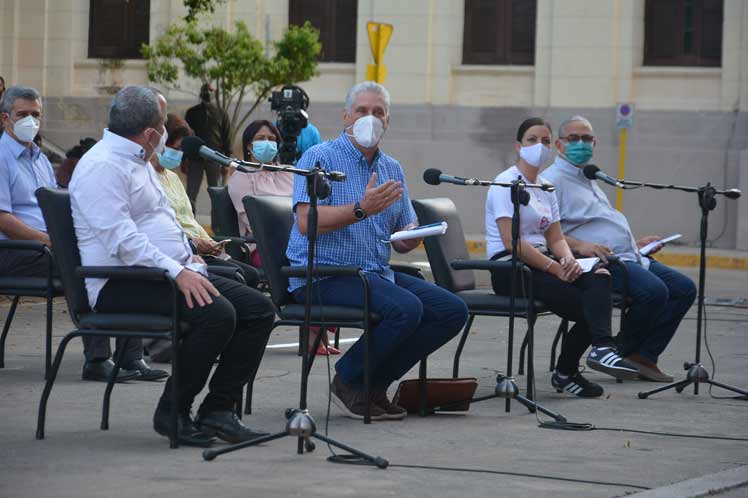 In a debate attended by private sector workers, peasants, haulage contractors and students, Diaz-Canel noted that culture is the key to understanding the processes that the country is going through and the relationship with the US government, the Twitter account of the Presidency reported.

In the same way, he insisted that it is essential to recognize that the economic, commercial and financial blockade imposed by the United States on Cuba exists, and has historic reasons.

Diaz-Canel spoke to young people about the importance of understanding Cubanness and feeling proud of being Cuban, and this can only be possible if one knows ‘how the Cuban nation was founded, what our identity is,’ he said.

The president described the reality in which this generation was born and lived as very complex.

He also addressed the tendencies of annexation and reformist thought that still exist in society, as well as the manifestations of racism, which ‘we have not known how to deal with intelligence,’ to promote a feeling of motivation, to take care of the national culture in its widest concept.

Other topics dealt with at the meeting with young people were food production, the central axis of the government agenda, as well as community participation, on which the president urged students to propose entrepreneurship projects led by them and focused on the community.

The fight for the people’s health in the face of the Covid-19 pandemic and the development of the scientific potential of the only country in Latin America that will be able to vaccinate its entire population with its own vaccine, were also discussed at the meeting.