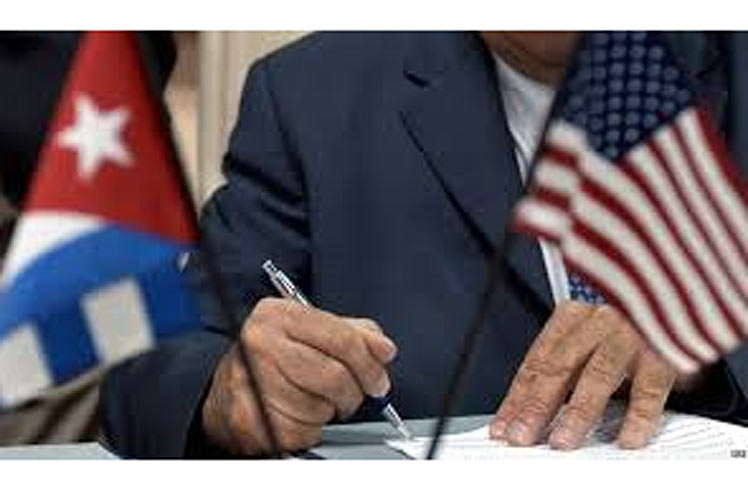 According to the newspaper article entitled ‘It is disappointing: Cubans criticize Biden’s strategy’, the Democrat’s mandate pointed, for many, to a return to the time of Barack Obama (in his last stage).

It recalled that Obama sought to bury the last vestige of the Cold War by reestablishing diplomatic relations with Cuba and calling for the end of the embargo (blockade), a policy that, although the newspaper did not say so, the president himself admitted it had failed.

‘Instead, Biden is implementing a tougher line with Cuba than his predecessor, former President Donald Trump, who tightened restrictions on travel and financial transactions’, the text emphasized.

It added that for many Cubans who had seen the election of a Democratic president as a reason for the return to normalization in relations, with more flights to the island and more channels to send cash, medicine and food to their loved ones, Biden’s approach (keeping Trump’s 243 measures in place) has been a major blow.

The article commented that after July 11 riots on the island, the White House – which has been studying its policy towards the Caribbean country for almost seven months – made the issue a priority on its foreign agenda and ‘imposed new sanctions against Cuban officials in the last weeks’.

In addition, it said that Biden asked government experts to develop plans for the United States to unilaterally expand Internet access in Cuba and promised to increase support for so-called dissidents, actions that the Government of Havana denounced as acts of interference.

Authors of the article stated that many expected that Biden and his Cuban counterpart, President Miguel Díaz-Canel, would take measures ‘to return to the slow and hesitant process of normalization of relations’.

The article did not include it, but Cuba has always expressed its will to dialogue without conditions from United States, respecting differences and sovereignty, and without compromising principles.

This is how on December 17, 2014, in a simultaneous announcement, Presidents Raúl Castro and Barack Obama announced the reestablishment of diplomatic relations between the two countries, unilaterally broken by the United States on January 3, 1961.

In his words, the then occupant of the Oval Office recognized the failure of the policy of economic, financial and commercial blockade against Cuba and the need to make a change in this regard.