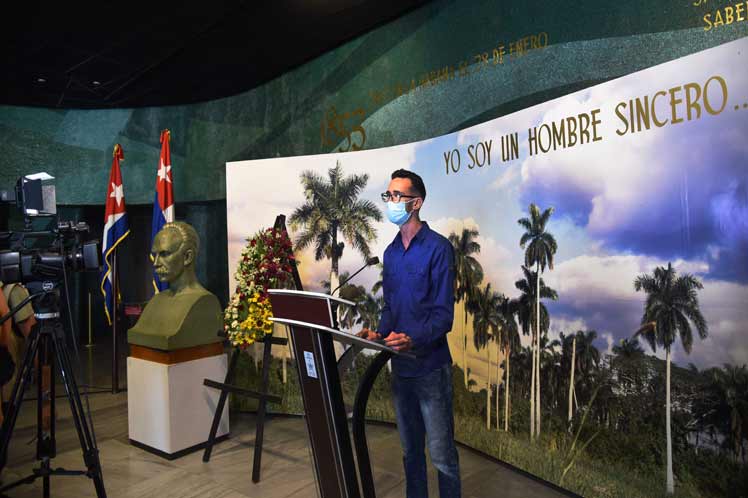 The imprint left by Fidel in regional integration was the main topic of speech by Leonel Pérez, president of the organization, in a ceremony held at the José Martí Memorial in this capital, where, in 1966, LACCOS was born.

The student leader commended the organization’s current challenges, in the face of what he described as an offensive scenario by imperialism and the right wing, which requires promoting joint defense strategies for our peoples.

This anniversary comes in the middle of a pandemic that has put the health system to the test, showing that humanism and the social character of these services triumph over purely market interests, Pérez said.

On how the Caribbean island has faced this scenario, he emphasized that in Cuba all the people and their authorities do not rest in the search for solutions.

However, ‘inhumane opportunism has tried to take advantage of such a difficult moment to tighten the siege’, he expressed in clear reference to the intensification of US economic blockade measures against Cuba.

He also pointed out that with its foundation, LACCOS became the highest representation of students at continental level, even reaching consultative status at the United Nations Economic and Social Council and an operational one to Unesco.

These are moments to ‘keep on building an integrationist project, bringing on to the future thoughts from Martí, Bolívar, Chávez and Fidel’, he insisted.

The Cuban Institute of Friendship with Peoples, the Cuban Association of the United Nations and the Cuban Movement for Peace, as well as student organizations from the island presented recognition certificates to LACCOS, whose presidency has been held since its foundation by the University Student Federation (FEU) from Cuba.