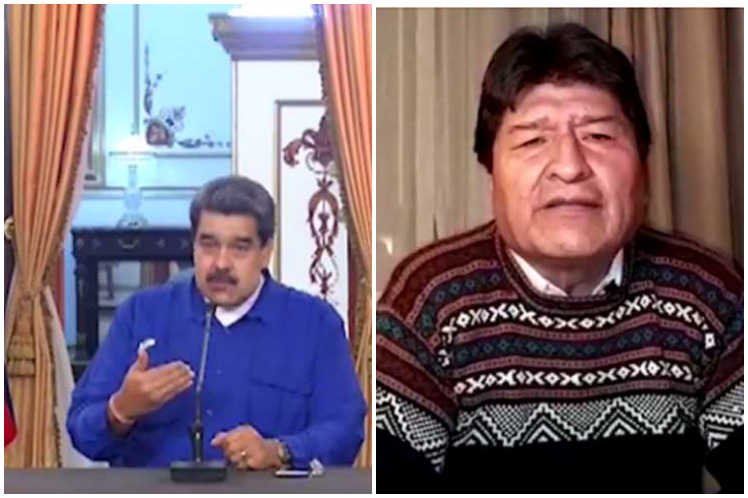 At the International Virtual Forum ‘Fidel, a Man of Science with a Vision of the Future,’ organized by the Sao Paulo Forum and the Communist Party of Cuba, Morales noted Fidel is part of the libertarian forces of America. The former president assured the socialism Fidel Castro implemented in Cuba under the policy of anti-imperialism is the best legacy he leaves to this and new generations.

The Bolivian indigenous leader described the Cuban Commander in Chief as the most supportive man in the world since he evidenced with his humanist policy that despite being a blockaded country it is possible to be supportive.

Morales highlighted that Fidel taught him that the liberation of peoples is important not only for a region or nation, but for all humanity; ‘he taught us to defend the independence of a State, the dignity of a people, and we will never forget that,’ he pointed out.

‘Our best tribute on this date is not to abandon his great legacy, which is to achieve the liberation of the peoples of Latin America and the world,’ he sentenced.

President Maduro, who also had a solid friendship with Fidel Castro, pondered in the virtual forum that the Cuban Commander continues writing history and setting an example.

Venezuela’s head of State described him as a revolutionary leader, statesman, builder of strength, victorious strategist and man of culture.

Fidel – Maduro said- was the great builder of the Cuban educational and scientific systems, and the foundation of free, quality public education for all in Cuba is his great work.

Venezuela’s president mentioned that the historic leader was the founder of the Cuban scientific system and of research centers with the highest level in Latin America and the Caribbean, capable of producing five vaccines against Covid-19.

That is proof of his capacity for innovation, work and achievement, Maduro stated.

Venezuela’s ruler added that Fidel Castro also forged the Cuban public healthcare system where hundreds of doctors and professionals have been trained and have provided services to the peoples of the world in Africa, Asia and Latin America and the Caribbean, including Venezuela.

He recalled that the Cuban leader also created a project that must be revived, within the framework of the Bolivarian Alliance for the Peoples of Our America, which is the Salvador Allende Latin American School of Medicine, whose reactivation he said ‘is a debt we owe to his legacy.’

According to Maduro, Fidel Castro was a creator, scientist and researcher who projected all his knowledge into concrete actions and advocated the production of knowledge to solve human problems.

Cuba’s Commander in Chief was a prophet, the first to raise his voice and alert the world in 1992 about the problems caused by climate change and consumer capitalism, and disseminated scientific reports on the subject with warnings then disdained by governments and world institutions, the highest Venezuelan authority emphasized.

‘We should feel proud and cultivate that permanent spirit of study, creativity and renewal instilled by him as an impeccable and relentless legacy, Maduro concluded.

Cuba commemorates the 64th anniversary of Fidel’s entry into Havana

Cuba commemorates the 64th anniversary of Fidel’s entry into Havana