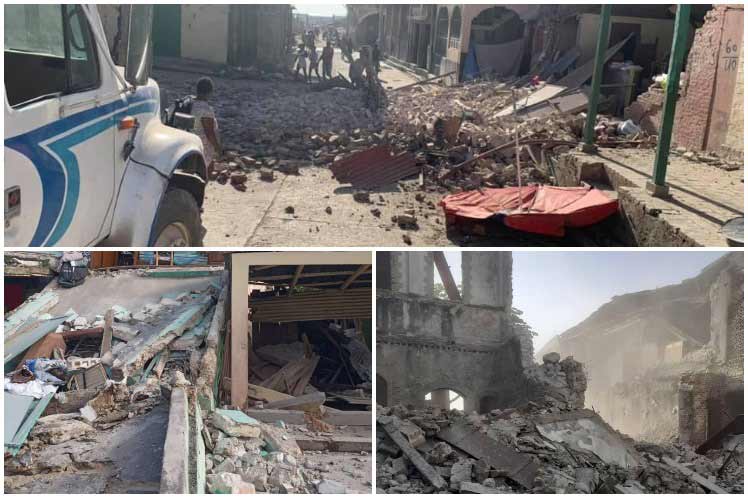 In a brief balance published on social networks, the entity pointed out that 158 ​​fatalities were registered in the South department.

‘The first interventions, carried out by both professional rescuers and members of the population, allowed many people to be removed from the rubble,’ said the agency and pointed out that hospitals continue to receive those injured.

In its previous balance, Civil Protection revealed that the departments Sur, Grand Anse and Nippes were the most affected with numerous material damages registered in their infrastructure.

He also called for ‘the spirit of solidarity and commitment of all Haitians,’ in order to face this ‘dramatic situation,’ he said.

The earthquake caused the collapse of some health institutions, especially in Jeremie, due to the avalanche of wounded arriving at health centers.

The telluric movement occurred at 08:30, local time, about 12 kilometers from the town of Saint-Louis du Sud, and at a depth of 10 kilometers. The commune is located about 130 kilometers southwest of the capital.

Former senator Gabriel Fortuné is listed as one of those killed in Les Cayes, after the Le Manguier hotel in that city suffered a total collapse, the media reported.

Haiti is located on a vast system of geological faults resulting from the movement of the Caribbean and North American plates, which makes the country prone to earthquakes.

In 2020 alone, the national seismology networks registered 499 minor tremors, mainly in the Southeast and Northeast departments.