High expectation in Bolivia for report on coup of 2019 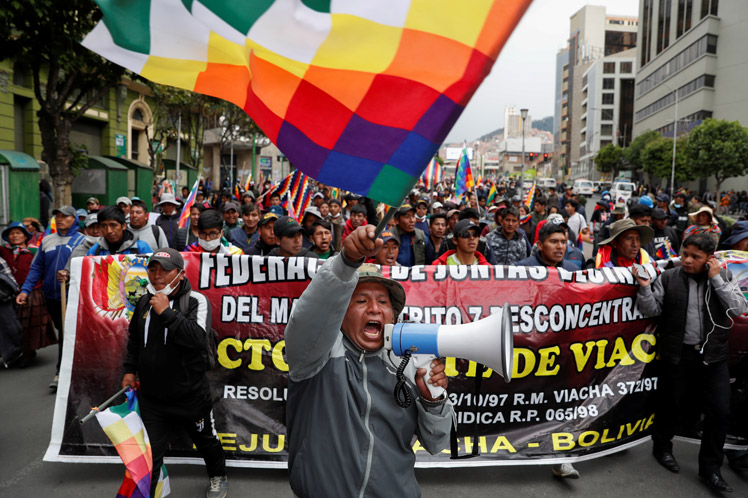 High expectation in Bolivia for report on coup of 2019

International experts conducted an investigation in the country for eight months, during which they interviewed 400 people, analyzed more than 120,000 files, and heard testimonies from social organizations, as well as witnesses to the acts of violence and institutions.

The results, which will be available from noon, after they are delivered to Bolivian President Luis Arce, will give ‘peace of mind to relatives of the victims of the massacres committed’, Nelson Cox, vice minister of Interior and Police said.

Speaking to Bolivia TV, the official explained that at the time the forces opposed to the executive used the idea of ​​electoral fraud to produce unrest in the nation and once in power they used force to silence social protests.

Minister of the Presidency, María Nela Prada, explained before that the document prepared by members of the so-called Interdisciplinary Group of Independent Experts (IGIE) will allow the Bolivian people to know the truth of what happened.

‘They make recommendations to the Government regarding the investigation of the violation of human rights and the responsibilities on those who committed the violence’, she said.

Prada commented that there is much to do for the reparation to the victims for the terrible damage in the case of the massacres and the murdered people that is irreparable. ‘We will follow the path of justice and compensation for damages’, she added.

This text related to the events from September 1 to December 30, 2019 triggers the beginning of legal processes against those responsible, presidential spokesman, Jorge Richter argued.

He emphasized that in November 2019 at least 37 people lost their lives from gunshot wounds, more than 800 got injured, there were more than a thousand wrongly detained and other actions that not only reflect the massacres of Sacaba and Senkata, but of the entire territory.