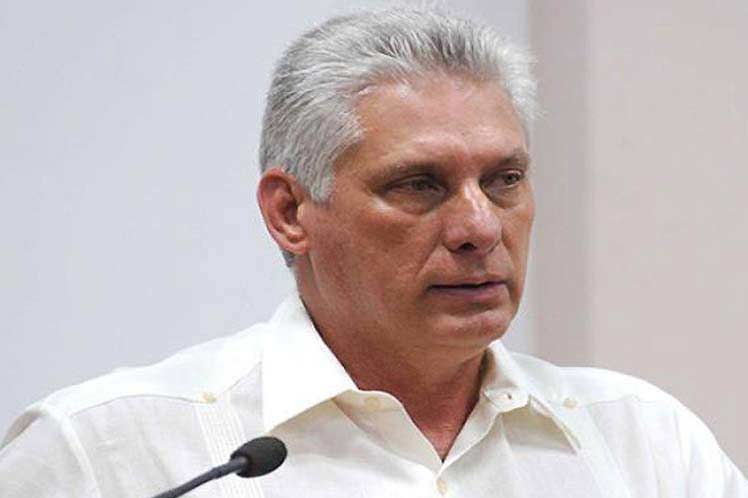 ‘It is said by #SovereignCuba and confirmed by honest experts anywhere in the world: our DecreeLaw35 goes against misinformation and cyber lies,’ the president wrote on his official Twitter account.

Along with his message, the head of state shared an analysis by Spanish researcher Carlos Gonzalez that warns about the campaign #NoAlDecretoLey35 to attack the right to communicate or receive truthful information.

Under the pretext of ‘freedom of expression’ they want to pass off the right to propagate cyberbullshit or fakenews, which is what they claim with that label, the analyst acknowledged.

‘They label as an ‘attack against human rights’ the Decree 35 in #Cuba that operates in almost all countries: the fight against disinformation and cyberbullshits,’ said the Spanish expert.

The equivalent of the Cuban norm, the Action Plan against Misinformation, exists in the European Union since 2018, added the also communicator of the Izquierda Unida movement in Asturias.

In the face of the hoax promoted, what Decree-Law 35 does precisely is to follow in the wake of the European group and guarantee the constitutional right – Article 53 – to receive truthful, objective and timely information, he pointed out.

Cuba has since yesterday a new legal framework on telecommunications, which will enhance, among other aspects, the model of action for the response to cyber-security incidents, available in the Official Gazette.

The regulation aims to guarantee, through the management of cyber-security incidents, the prevention, detection and timely response to possible criminal and harmful activities that may occur in the virtual space.