Documentary tells the story of Chernobyl children in Cuba 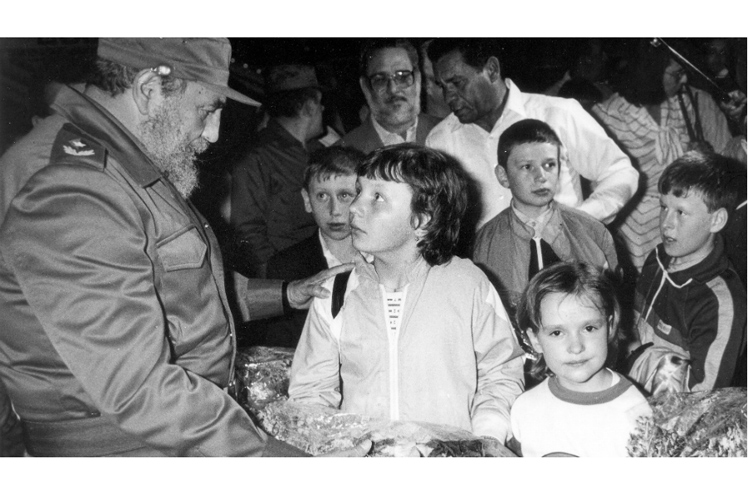 Documentary tells the story of Chernobyl children in Cuba

The 8th edition of the event, arranged by the Association of Documentary Film Directors and Producers, started on Tuesday and will run until next Monday with nine feature films in previews and 10 short films, including this moving work, directed by Argentine Ernesto Fontan.

With free access just a click away from https://vivamoscultura.buenosaires.gob.ar/, the documentary portrays the life of Alexandr and Vladimir, two Ukrainian children who suffered radiation from the explosion of the Chernobyl nuclear power plant in April 1986, and traveled thousands of kilometers to heal.

Tarara is a reflection of the lives of two children, out of 26,000 minors who arrived in Havana in 1990 with various pathologies after the explosion, especially oncohematological ones, who gradually recovered in that historic camp.

Through the protagonists of this unpublished program, we reconstruct an exciting story, according to the technical specifications of the film, which includes the testimonies of the two surviving children, now adults.

They also talk about personalities, such as physician Aleida Guevara, daughter of Argentine-Cuban guerrilla Ernesto Che Guevara, troubadour Silvio Rodriguez and the late writer Roberto Fernandez Retamar, among others.

It was a hard time for Cuba, amid a special period that hit its economy hard, but the historic leader of the Revolution, Fidel Castro, opened the doors to those Ukrainian children and their mothers desperate because they were often denied care in their country of origin.

‘I could not get out of bed, I was bleeding and the doctor told my mother, you should not worry, the child will not survive,’ Vladimir Rudenko tells in the documentary, who still keeps in his memory that moment that marked him forever.

Ukrainian doctors told us that they were going to die,’ Lidia Savchenko, Alexandr’s mother said.

Fontan recreates in his play, which lasts over an hour, how, from a small island, Cubans in volunteer work, arranged and prepared what was once the Jose Marti pioneer camp to turn it into the Tarara pediatric hospital, and on March 29, 1990, on a Cubana de Aviacion flight, the first children arrived.

For those children’s parents, it was the only possibility for their children, with tumors and leukemia, to travel to Cuba to save their lives. Some arrived with their families, others without them, but all of them received medical attention day and night through a free comprehensive healthcare program provided by Cuban doctors.