Anti-blockade activist advocates love not hate between Cuba and US 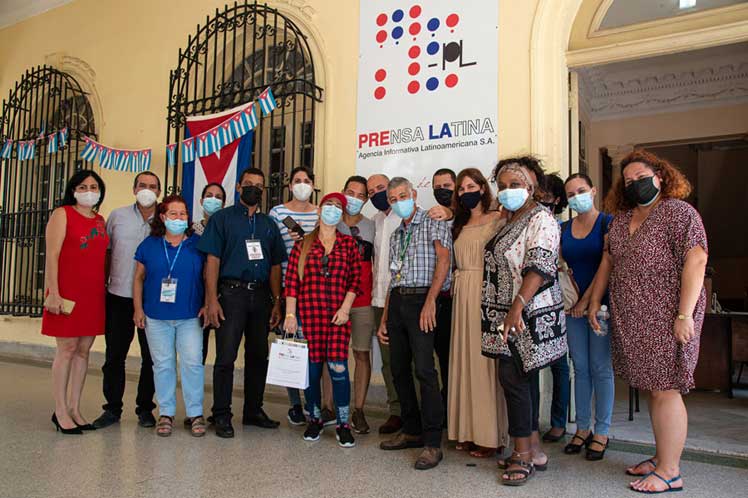 Anti-blockade activist advocates love not hate between Cuba and US

The Cuban-American professor defended the need to forget grudges in the articulation of relations between emigration and the nation.

Likewise, he assured that the construction of his solidarity project #PuentesdeAmor (Bridges of Love) should move away from communicational rhetoric and concentrate on evidencing the effects of the US Government’s sanctions on the Cuban family.

‘I know that those measures are going to be eliminated because they are unjust and inhuman; we are links in the chain of progress towards a better world and that is why we demand the immediate lifting of the blockade,’ he commented.

On the influence of hate messages on the Internet, the professor urged to use social media as resources to spread the message of harmony and peace, ‘we should not judge or create divisions, history has shown that the union of the family is stronger than different ideologies.’

During the dialogue with Prensa Latina executives and journalists, the activist also commented on his impressions about the meeting he held earlier with the country’s president, Miguel Díaz-Canel.

‘It took place in a respectful manner, we addressed issues concerning the emigrants and their relations with the nation, we raised some concerns and the president told us that these are being assessed as part of the steps being taken to normalize the dialogue between Cuba and its diaspora,’ he added.

On the other hand, Lazo said that his solidarity project foresees new initiatives in the United States to continue demanding the cessation of unilateral sanctions against the island.

The professor recalled his walk from Florida to Washington DC last July to deliver at the White House a petition, backed by more than 27,000 signatures, to government urging President Joseph Biden to lift the blockade on Cuba, starting by wiping out the 243 hostile measures the previous administration of Donald Trump imposed on the island.