US military and war veterans die more from suicide 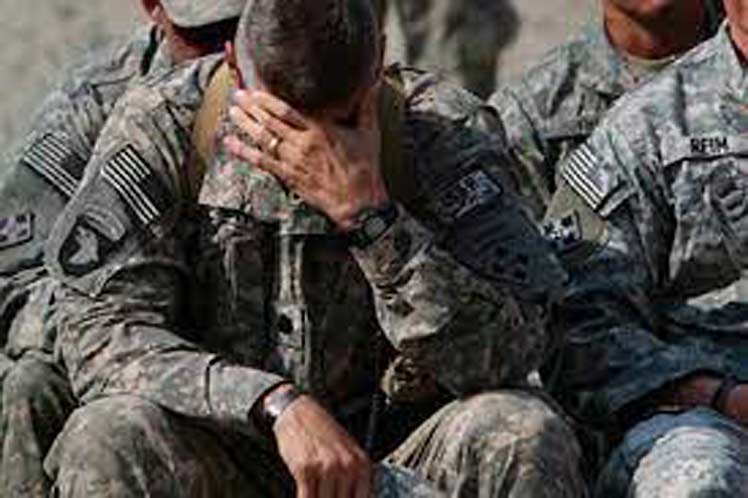 US military and war veterans die more from suicide

According to a report published on the Costs of War digital site, an estimated 30,177 of soldiers died by taking their own lives compared to the 7,057 who were killed in war operations after the attacks on the World Trade Center in New York, almost two decades ago.

The attack marked the beginning of the United States’ wars against terrorism in any ‘dark corner of the world,’ a position that then-President George W. Bush defended when he launched a military campaign against Al Qaeda by invading Afghanistan (2001) and later on Iraq (2003) together with allies such as the United Kingdom.

According to the investigation, the peaks observed are the reflection of a suicide epidemic, which evidence a broader mental health crisis. Rising rates in that regard exceed those of the general population, an alarming change, the research added, because suicide rates among active duty service members have historically been lower.

The risks inherent to fighting in any war, high exposure to trauma, stress, culture and military training, continuous access to weapons and the difficulty of reintegrating into civilian life are some of the factors that influence the high indicators.

The study concluded that the combination of these multiple traumatic exposures, chronic pain, and lasting physical injuries is linked to suicidal behavior.

Costs of War also noted that the federal cost of wars that occurred after 9/11 exceeds $ 6.4 trillion and was accompanied by violations of human rights and civil liberties. On the other hand, more than 38 million people in the world suffer the status of refugees and displaced persons due to such conflicts.

Analysts warn that the United States has more than 750 military bases implanted in some 80 countries on all continents, which to some extent will continue Washington’s version of eternal wars.