‘A war to come,’ former US ambassador to Afghanistan forecasts 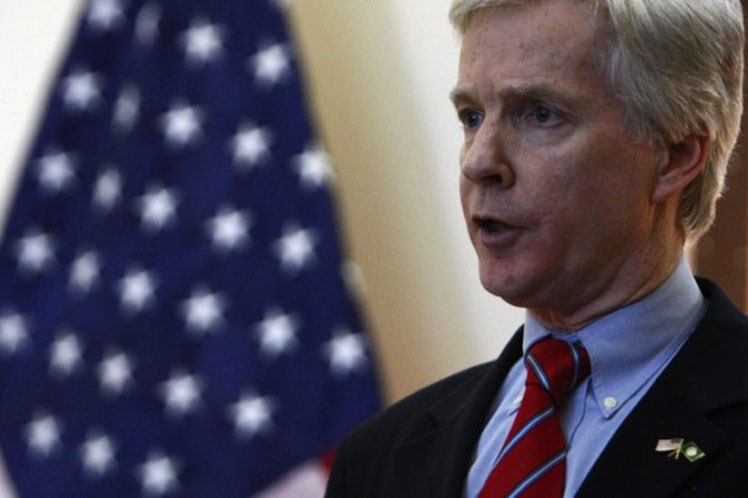 ‘A war to come,’ former US ambassador to Afghanistan forecasts

The diplomat’s comments came after two suicide bombings near Hamid Karzai International Airport in Kabul on Thursday that caused at least 90 deaths, including 13 US soldiers.

‘So the issue is not that the Taliban controls the country right now; the Taliban really doesn’t control it and nobody does and it’s a breeding ground for those kinds of actions,’ he said during a CNN program.

Critical of the Afghanistan withdrawal, the diplomat told a Washington state newspaper previous week that he has ‘some serious doubts’ about President Joe Biden’s ‘ability to lead our nation as commander in chief’ in the wake of the Taliban takeover of Afghanistan.

Senators Josh Hawley (Missouri) and Marsha Blackburn (Tennessee) joined a wave of Republicans calling for Biden’s resignation on Thursday, a demand that increased in the hours after the events in Kabul.

Nearly 20 years of invasion and occupation of Afghanistan by the United States and its allies on behalf of the fight against terrorism did not make that nation more governable, and what Biden hoped would be his main foreign policy achievement turned out to be a disaster, in the opinion of observers.

Billions of taxpayer dollars spent, 2,400 US military deaths (not to mention hundreds of thousands of Afghan victims, mostly civilians), is the balance of ‘another lost war’ for the United States, in the view of documentary filmmaker Michael Moore.