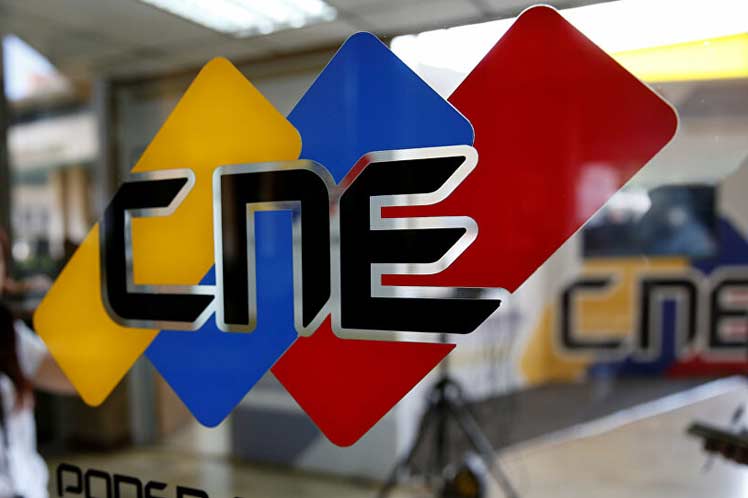 Through a communiqué, the CNE expressed its hope that the sides involved in the consultation process will make progress in reaching a ‘constitutional, peaceful agreement with absolute respect for their self-determination, which will allow stabilizing the country.’

‘Essential values of our republican life such as dialogue, political understanding, peace as a social good, diversity and pluralism sign those negotiations, which are also a way of exercising our sovereignty and independence,’ CNE’s leaders emphasized.

The Venezuelan electoral power stressed the importance of the memorandum of understanding signed on August 13 between the Bolivarian Government and the opposition Unitary Platform, the content of which was endorsed by the National Assembly (Parliament) in its session on August 17.

The result of a long process of talks, negotiation and agreement between the sides, the document established the work agenda of the negotiating table to arrive at formulas for political, economic and social understanding under the protection of the Constitution.

The delegations of the Venezuelan State and the opposition will aim at agreeing on positions in the area of political rights, electoral guarantees and a timetable for observable elections.

Likewise, the sides will address the lifting of coercive measures, the restoration of the right to assets, the renunciation of violence and response to its victims, guarantees of implementation, follow-up and verification of what has been agreed.

In the heat of the dialogue process in Mexico, the parties of the Unitary Platform announced this week the abandonment of abstention and the willingness to participate in the regional and municipal elections on November 21.

Jordanian energy expected to reach Lebanon by end of year

Opposition in Uruguay shortens electoral distance with the government

Jordanian energy expected to reach Lebanon by end of year

Opposition in Uruguay shortens electoral distance with the government