Four dead, including a baby, after active shooting rampage in Florida 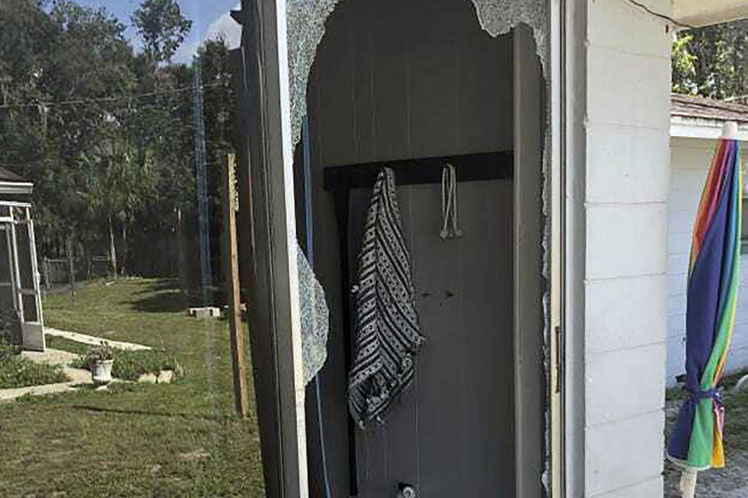 Four dead, including a baby, after active shooting rampage in Florida

The suspect, identified as Bryan Riley, 33, of Brandon, Florida, was in custody after a Bench Warrant during which he was shot and injured.

Riley, who was armed and totally outfitted in body armor, reportedly had no apparent connection to the victims, Polk County Sheriff Grady Judd explained at a news conference, quoted by the local Tampa Bay newspaper.

Although the reason for the shooting is being probed, Mr. Judd said deputies, who arrived six minutes later, were told a man had got of the vehicle and said, ‘God sent me here to speak with one of your daughters, Amber,’ and even claimed: ‘I´m the cops for God’.

When deputies entered through the back of the house, they encountered Riley, who was dressed in body armor and a bulletproof vest. Officers found 40 year-old Justice Gleason and a 33-year-old woman holding the 3-month old who had all been shot and killed. The family dog had also been found shot dead. In a separate house behind the first home, a 62-year-old woman related to the family had been shot dead.

Inside Riley’s truck, which had a Marine Corps license plate, Judd said blood stop and first aid kids were found. At least two and maybe three firearms were found at the scene too, he said.

Judd described Riley as a marine who was honorably discharged after serving four years during Sunday’s afternoon press conference. He served another three years in reserve. He was deployed to Iraq in 2008 and Afghanistan in 2009 and 2010, and was designated as a ‘sharp shooter.’