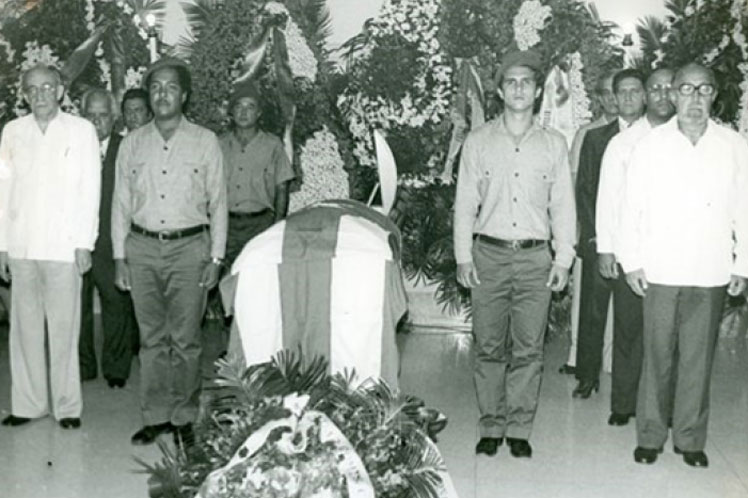 In his Twitter account, the Foreign Minister referred to the atrocious act of terrorism perpetrated against the Cuban official on September 11, 1980, in New York City, United States, and added that faithful to his legacy, current generations pay tribute to those who like him lost their lives in the performance of their work. Likewise, he ratified the conviction that the way to face these violent actions is peace, a widely shared label this Saturday on social networks.

Félix García, who worked as deputy in the Caribbean nation’s mission to the United Nations, was machine-gunned inside his car on the open road, 41 years ago.

Eduardo Arocena, the confessed murderer and former member of the Central Intelligence Agency, was released last June for ‘health reasons’, when he was serving two life sentences for numerous crimes, including two murders and more than 30 explosions.

Cuba’s foreign service has a total of 11 martyrs, who were violently assassinated by terrorist groups in different parts of the world.

In April of last year, the embassy of the Antillean island in Washington received an attack with a firearm, in which no one was killed, but also the United States Government did not issue any statement of condemnation.

More recently, last July, the Cuban representation in Paris suffered an attack with homemade bombs, the result of hatred towards the Caribbean country encouraged by the United States, according to the Cuban authorities.