Wifredo Lam printed the identity of Cuba on his canvases 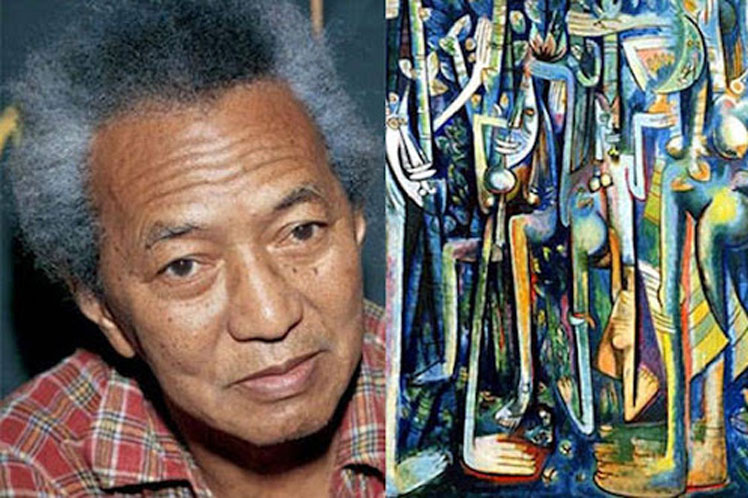 Wifredo Lam printed the identity of Cuba on his canvases

Qualified as the most universal painter of the Caribbean nation, the creator who died on September 11, 1982, left behind dozens of works marked by his own style, which combined surrealism and cubism.

His imprint on iconic works of international contemporary art, introduced Afro-descendant traditions and spirituality in the painting of the largest of the Antilles, he opened the doors to a new way of creating and showing the common history of the Caribbean countries.

In this sense, his emblematic painting La Jungla (1943) stands out, in which he shows his ability to merge visions and experiences, through the combination of the jungle, reed bed and forest landscape, impregnated with symbols, deities, animals, human faces and phallic innuendo.

This articulation of elements led the critic Alain Jouffroy to describe the work as ‘the first plastic manifesto of the Third World’, currently exhibited at the Museum of Modern Art in New York, United States.

Likewise, his extensive catalog includes pieces such as La Silla, El Huracán, Maternidad, Ídolo, among others highly valued by collectors and galleries around the world, as well as engraving, ceramic and metal items.

Lam was born on December 8, 1902 in Sagua la Grande, the former Cuban province of Las Villas, studied at the Professional School of Painting and Sculpture, Academia de San Alejandro, in this capital, then traveled to Europe on a scholarship, and fixed his residence first in Spain, then in France.

His pieces are prestigious in the most important private and public galleries in the world, and are the subject of repeated specialized studies that still try to reveal the essence of him, due to its symbolism and confluence of cultural representations.