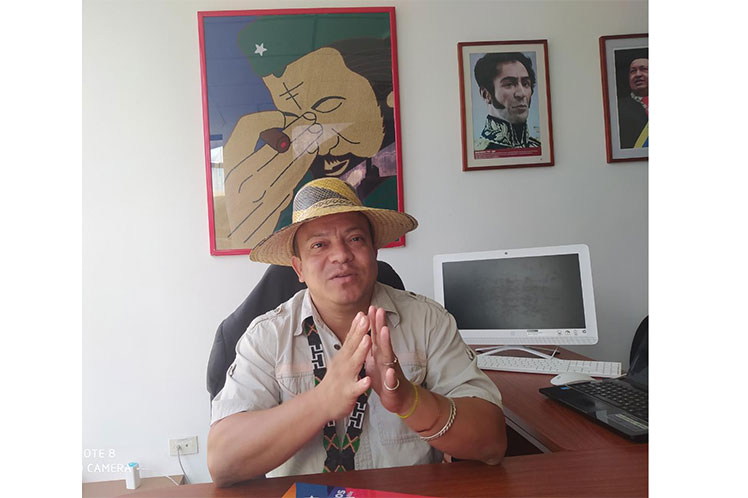 In exclusive statements to Prensa Latina, the senior official said that Cubans play an essential role in supporting the social programs implemented by the Bolivarian Government in these ancestral communities.

‘It is not only the doctors, all those who work in the social missions show great dedication, no matter how complex the access is, they never refuse, they go hand in hand with the Venezuelans and support all the necessary tasks,’ he noted.

Carias stressed that due to the way of life and customs of these peoples, the exchange with foreign people is sometimes difficult; however, it does not happen with Cubans, due to the respect they show when they arrive in those places, where they are welcomed with pleasure.

He recalled that recently in the region of the Meseta de Santa Fe, in the state of Sucre, a mass vaccination campaign against Covid-19 was held, and the Cuban medical personnel participated actively. It would have not been possible without them.

‘The Cuban brothers give us great support in the indigenous towns, they were even present during the creation of the United Indigenous Movement of Venezuela (Miuven),’ Carias told Prensa Latina.

There are eight states with indigenous populations in Venezuela. They are Amazonas, Anzoategui, Apure, Bolivar, Delta Amacuro, Monagas, Sucre and Zulia, the majority of them are concentrated in places of difficult access and in border areas.