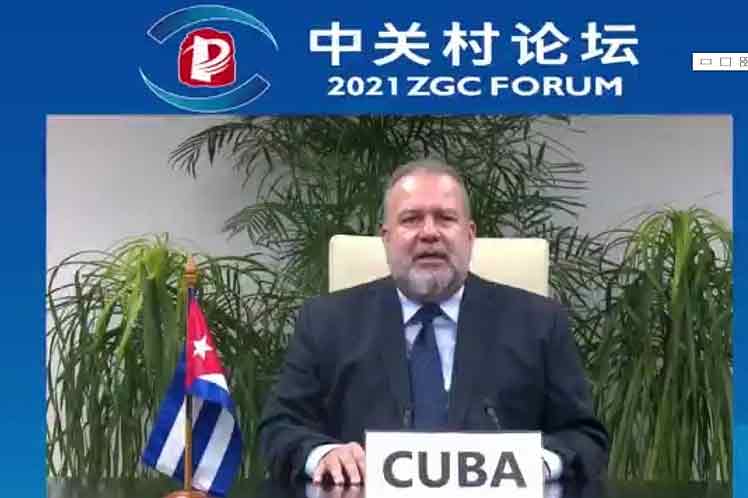 By participating from a virtual platform in the Zhongguancun 2021 Forum, which with theme ‘Intelligence, Health and Carbon Neutrality’ is held in Beijing, China, the Cuban head of Government stated that the Covid-19 pandemic exposed the profound inequities derived from the unjust prevailing international order. 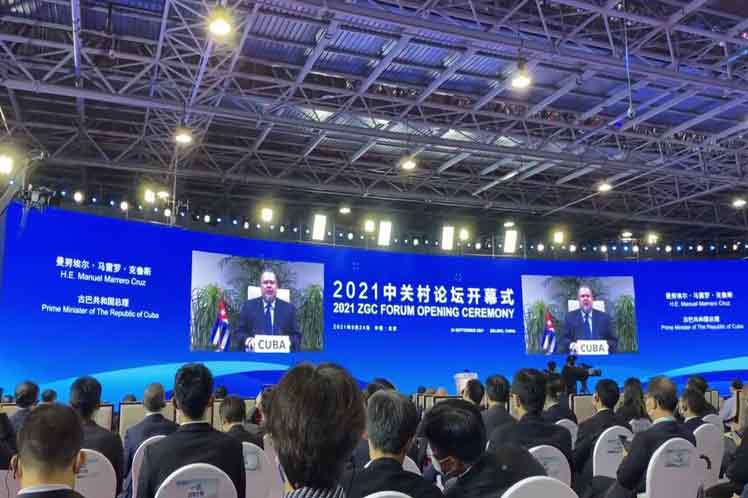 The Covid-19 has put the capacity of the scientific community to the test in all parts of the world, in that sense advances are undeniable, among which vaccines are the most promising results, he said.

By August 2021, more than 5 billion doses had been administered globally, however, more than 80 percent of them were applied in middle or high-income countries, which represent much less than half of the world’s population, he underlined.

Marrero stressed that despite the great obstacles that Cuba faces, mostly due to the economic, commercial and financial blockade imposed by the United States, its scientific community managed to develop 3 vaccines and 2 candidates are in the clinical development phase.

Cuba has also sent 57 medical brigades to 40 countries and territories affected by Covid-19, which joined the more than 28 thousand health collaborators who were already working abroad before the start of the pandemic, he recalled.

He also highlighted the efforts of his country to comply with the United Nations 2030 Agenda, through the National Plan for economic and social development, among other initiatives aimed at addressing climate change, such as ‘Tarea Vida’ (Task Life), approved in 2017 .

At the meeting, Marrero emphasized the need to promote international cooperation and solidarity to face the world’s great challenges.

Scientific and technological advances must be the heritage of Mankind if we want to achieve a truly just and better world, he pointed out.