About four thousand Ecuadorian deportees from the US in 2021 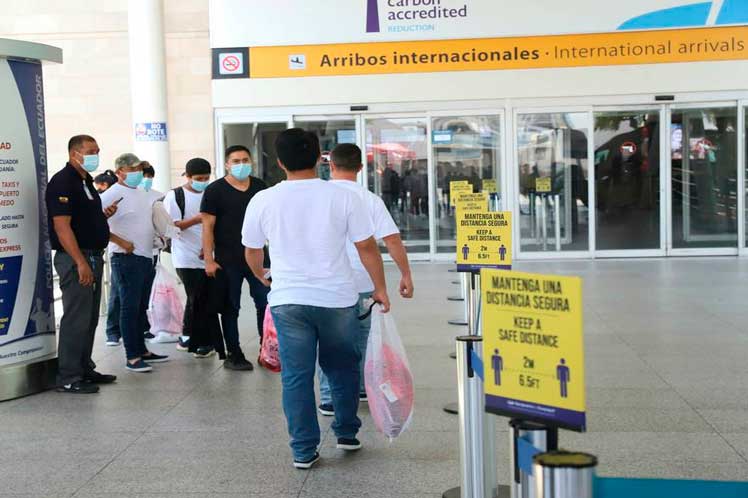 About four thousand Ecuadorian deportees from the US in 2021

According to the source, the figure implies 80 percent more citizens returned from the northern country than in 2020.

The increase in returned Ecuadorians is evident at the José Joaquín Olmedo International Airport, in the city of Guayaquil, which receives four flights weekly with Ecuadorians expelled from the United States.

For its part, the press confirms that the number of deported monthly exceeds 440.

Most of those returnees had illegal income, after long journeys in search of reaching the United States to improve economically.

The increase in this phenomenon was ratified not only by the Ministry of Foreign Affairs and Human Mobility, but also by president Guillermo Lasso.

This was precisely one of the issues addressed by the president at the recent summit of the Community of Latin American and Caribbean States (Celac) and at the General Assembly of the United Nations (UN).

As he explained in those quotes, forced migration is a tragedy, a mechanism used to guarantee survival.

In this context, he acknowledged that Ecuador is once again experiencing a period in which shortages and the national economic contraction, exacerbated by the Covid-19 pandemic, led many citizens to opt for illegal exits.

In his opinion, the economic integration of the region and collaboration among the UN countries could help reduce this trend.

In 2000, Ecuador experienced an exodus of nearly two million people, as a result of the so-called Bank Holiday, when the national government froze the accounts of hundreds of thousands of people and subsequently dollarized the country.