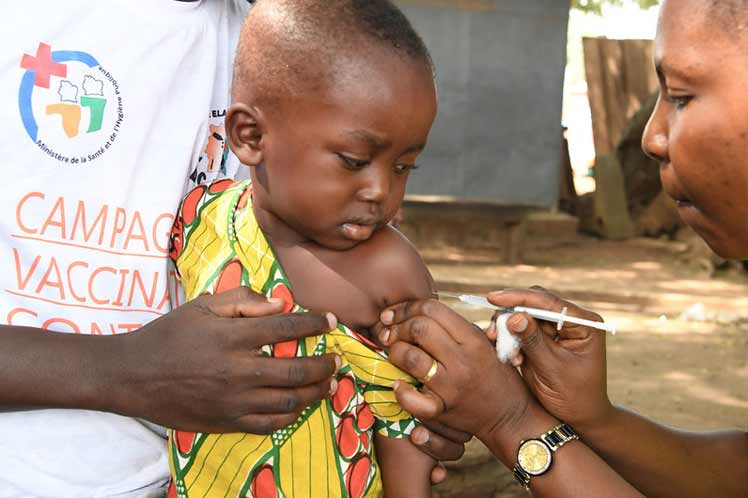 According to WHO, the strategy also aims at reducing mortality from meningitis by 70 percent annually, as there are some 250,000 deaths from it every year.

‘Wherever meningitis appears, it can be deadly and produce debilitating effects; the disease attacks quickly and has serious health, economic and social aftermaths, and causes devastating outbreaks,’ WHO’s Director-General Tedros Adhanom Ghebreyesus said.

The priorities of the initiative to tackle the disease are to achieve high vaccination coverage, develop new affordable vaccines, and improve outbreak prevention and response strategies.

It is also focused on achieving rapid diagnosis and optimal treatment of patients, as well as obtaining reliable data to guide prevention and control efforts.

The strategy plans to enhance care and support for those affected, focusing on early recognition and treatment of recoveries from the disease’s consequences.

Another of the activities proposed by the WHO is to be able to count on commitments that guarantee a high level of awareness of meningitis, the responsibility of national plans and the defense of the right to prevention services.

Meningitis is fatal mostly in children and youngsters, and causes long-term disability such as seizures, hearing and vision loss.

Although meningitis has appeared in all regions of the world over the last decade, significant outbreaks have occurred mainly in the known ‘Meningitis Belt,’ which covers 26 countries in sub-Saharan Africa.

Even though there are several vaccines to treat the disease, such as meningococcal, Haemophilus influenzae type B and pneumococcal, there are still communities without access to those antigens and countries that do not include them in their national programs.

To address that situation, several international projects have been developed and recently France announced support for Cuba with a counter-value fund for an amount of 45 million euros for the production of vaccines against meningitis and pneumonia.

Such financing, which is allocated to the Finlay Vaccine Institute of Cuba, will last for three years and will allow equipping and remodeling the production plants of the antigens.

For the institution, by providing those quality drugs at an affordable cost, distributed through the WHO and UNICEF, the project will improve vaccination coverage against meningitis and pneumonia.

It will also contribute to reducing inequalities among countries and populations in terms of access to health and vaccination.

Development of new antibacterial treatments is inadequate – WHO

Development of new antibacterial treatments is inadequate – WHO