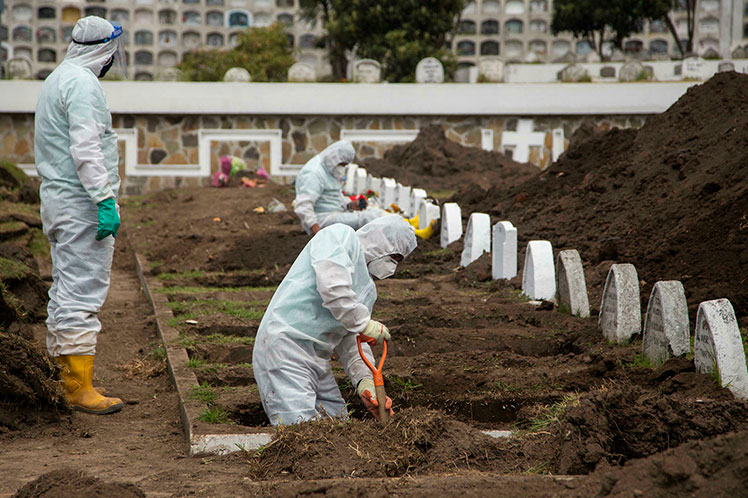 According to the research published in the International Journal of Epidemiology, the current health emergency has caused a significant increase in mortality in 2020 on a scale never seen before since World War II or the disintegration of the Soviet Union in Eastern Europe.

‘Women in 15 countries and men in 10 countries ended up with a lower life expectancy at birth in 2020 than in 2015’, the study indicated.

In 27 of the 29 countries analyzed, life expectancy for both sexes decreased from 2019 to 2020, with the exception of women in Finland, as well as men and women in Denmark and Norway.

However, the study noted, men in the United States and Lithuania experienced the most significant losses at birth during 2020 (2.2 and 1.7 years, respectively).

Likewise, researchers explained, this condition is mainly due to increased mortality in people over 60 years of age and official deaths from Covid-19.

An ‘alarming result’, the expert said, is the variation between countries, that is, the pandemic affected developed nations differently.

There are regions, he pointed out, such as Scandinavia, for example Denmark, Norway and Finland where life expectancy did not change the trend, while opposite results were at The United States, Lithuania and Spain where the falls were substantial, of more than a year.

Another relevant research finding is that with the exception of Spain, Slovenia, Estonia, and Northern Ireland, life expectancy losses were greater for men in 2020.