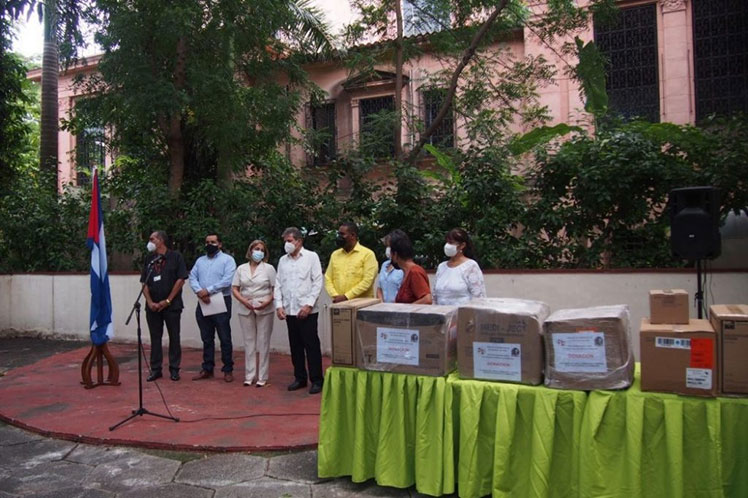 Lilia Zamora, director for Latin America and the Caribbean of the Cuban Institute of Friendship with the Peoples (ICAP), highlighted that the gesture of solidarity denotes commitment and dedication to the largest of the Antilles, also affected by the economic, commercial and financial blockade of the United States. United.

Zamora Rodríguez specified that this unilateral policy has not prevented the solidarity of the Caribbean nation with the world that, in times of pandemic, manifested itself with the sending of medical brigades from the Henry Reeve Contingent to other nations.

For his part, the Chilean Giro Santibáñez, on behalf of the Continental Network, ratified the commitment to break with the US blockade, while thanking the opportunity to train as a doctor at the Latin American School of Medicine, according to the website of the Ministry of Health. Public (Minsap).

Also participating in the activity were Víctor Gaute, vice president of ICAP; Flavio Rondón, ambassador of the Dominican Republic in Havana; and Dr. Aldo Grandal, head of the Ministry of Medical Collaboration department.