Tigray and its legacy 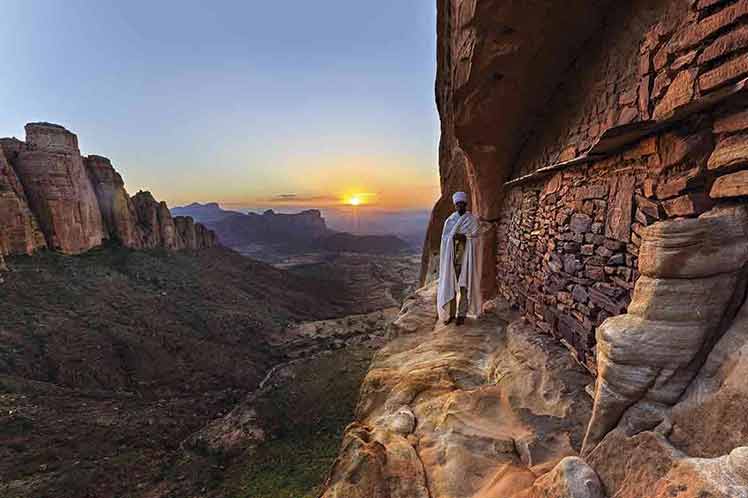 Tigray and its legacy

Before the confrontation between the National Defense Forces and the Tigray People’s Liberation Front (TPLF), the namesake regional State lured national and international tourists, precisely because of its cultural and historical heritage.

Studies say that Tigray was the cradle of the Kingdom of Axum, a powerful nation that expanded to Sudan, Eritrea and the west of the Arabian Peninsula, which ruled the region from the times when the catapult was invented or from before until the 10th century.

That boom faded away, leaving the namesake city, Aksum for many, where the Ark of the Covenant remained, a wooden coffer covered in gold created by divine mandate – according to biblical stories- to keep the tablets of the 10 commandments.

That is what the Ethiopian Coptic Church says, which keeps it in Our Lady of Zion Temple, protected by a priest who was a descendant from one of the Levites, who moved and took care of it. Archaeological evidence confirms the theory.

Monolithic obelisks, giant trails, royal tombs and castle ruins make up the city’s relics in the heart of ancient Ethiopia, ‘the most powerful State between the Eastern Roman Empire and Persia’, as it was called.

In the incredible Tigray natural settings there are also at least 121 churches carved into the rock, which are believed to represent the largest group of that kind of architecture in the world and keep treasures, such as wall paintings, sacred objects and manuscripts.

The jurisdiction, exactly in the city of Adwa, was also the scene of the March 1896 victory by the troops led by Emperor Menelik II against Italian colonial forces, a feat that ensured the country’s independence.

Likewise, Tigray and Amhara States are an exclusive ancestral show: the Ashenda festival, which marks the end of the fast named ‘filseta’, performed by girls, young and adult women.

Its name refers to a tall decorative grass that women put around their waists in their ‘tilfis’, traditional cotton dresses embroidered from neck to toe.

All this and more, such as their church music and songs of praise, for example, are part of regional and national heritage. A legacy currently threatened because the TPLF’s conflict placed it behind the curtain of war and, in that way, may doom it to remain in the dark hands of oblivion.