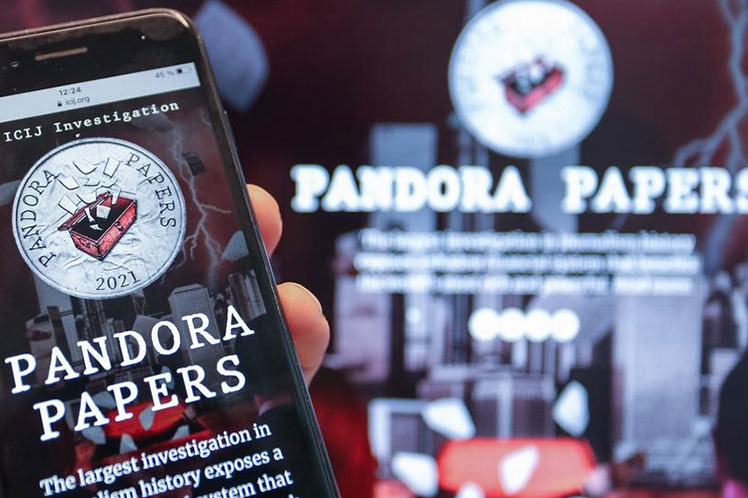 According to the recently revealed investigation, former minister Branko Marinkovic, former consul Pedro Jaime Valdivia and former minister Fernando Illanes are listed among the approximately 300 Bolivians with millions of dollars with ‘offshore accounts’ in the Virgin Islands and Panama.

Marinkovic from Santa Cruz is an entrepreneur and politician, and during the de facto Government of Añez, he was Minister of Development Planning and also Minister of Economy and Finance, and from 2007 to 2009 he was president of the Civic Committee for Santa Cruz.

He was involved in the Terrorism Case, and was a fugitive from justice for several years; Marinkovic returned to Bolivia shortly after the forced resignation of former President Evo Morales in 2019.

In 2000, he created an offshore company in Panama, along with four members of his family, and he is also related to other similar companies, according to the source.

Valdivia served as Bolivian consul in Sao Paulo, Brazil, during the Morales Government, and according to the investigation, he registered a company in Panama that had remained open for six years, La Razon daily informed.

Illanes, who died in May 2021, was a minister from 1993 to 2003, and according to La Razon newspaper opened two offshore companies, The Chimera Trust and Chimera Investment Holding Corp. in the Virgin Islands to create a trust of almost 3 million US dollars for his children.

Before the creation of those companies, the former minister already had another offshore constituted in Panama, according to the investigations.

The website connectas.org with data from the Pandora Papers Bolivia Team revealed elements about the Bolivian chapter that involved the review of 15,000 files, part of the 12 million leaked to the International Consortium of Investigative Journalists.

The operations in tax havens of the 300 Bolivians on the list occurred from 1987 to 2018 with the registration of 130 companies.

Such international inquiry brought together over 600 journalists from 117 countries, and unveiled documents that reveal hidden wealth, tax evasion and, in some cases, money laundering, which unleashed a scandal that not only splashes entrepreneurs, politicians and world leaders, but also celebrities.