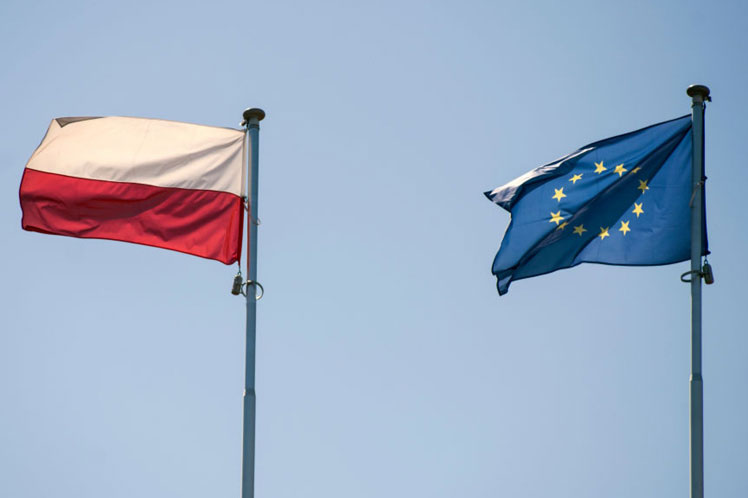 In what some called a historic decision, which paves the way for the known POLEXIT (Polish Exit from the EU), the Constitutional Court decided on Thursday that some articles of the European treaties are incompatible with the national Constitution and affect the country’s sovereignty.

The court also warned European entities not to act beyond their competence, in a clear allusion to what from Warsaw is deemed an interference in the reforms of the Polish judicial system (which include a control over judges, considered incompatible with the rule of law in the 27).

Morawiecki said on Facebook,’Poland’s place is and will be within the European family.’

He also defended that Poland’s entry into the Union in 2004 along with other Eastern European States was one of the most important points of the past decades.

The controversial decision led to reactions from various countries and from within the EU, including those of Justice Commissioner Didier Reynders, who warned they will use all available tools to protect the primacy of European law.

Former President Lech Walesa called for new elections to save what he considered the country’s honor.

From Brussels, the President of the European Commission, Ursula von der Leyen, expressed her deep concern with Poland’s legal challenge to the primacy of European law, and warned that the EU will enforce its legal order.

The EU is a community of values and laws. That is what binds our Union together and makes us strong. We will uphold the fundamental principles of the legal order,’ von der Leyen underscored in a statement.

‘I am deeply concerned about the ruling (…) of the Polish Constitutional Court. I have instructed the services of the European Commission to analyze it thoroughly and swiftly. On such basis, we will decide on the next steps,’ she noted.

The German politician recalled that all judgments of the Court of Justice of the European Union are binding on the authorities of all Member States, including national courts.

Therefore, she reaffirmed that the EU will use ‘all the powers we have’ to ensure that the primacy of European law is guaranteed.

The judicial reforms in Poland, which include the elimination of the independence of judges, have caused several disagreements with the bloc since 2020.

At the end of 2020, the Polish authorities – along with the Hungarian authorities – even blocked the approval of a rescue fund following Covid-19, after Brussels made it conditional on respect for human rights.