Strike called by the right fails in Bolivia 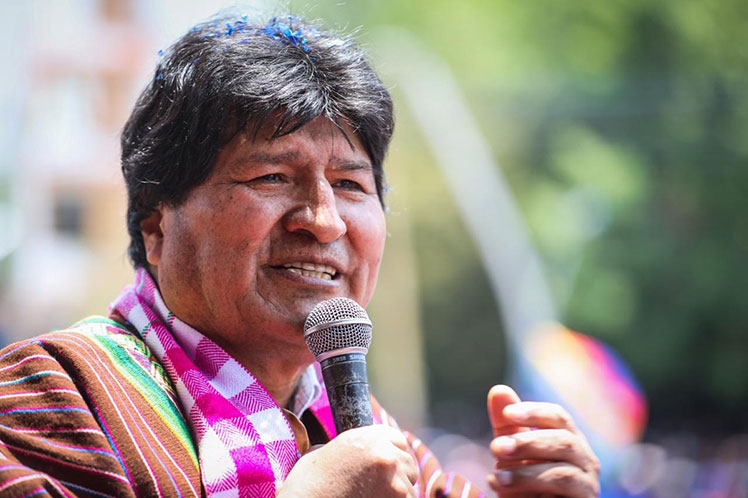 Strike called by the right fails in Bolivia

‘I salute the commitment of the Bolivian people: they do not want to be an accessory to the coup, they defend democracy; the people is not an accomplice of separatism, they defend the unity of the country and does not want to harm the economy’, wrote the former president (2006-2019) on his Twitter account.

In the same Tweet, Morales stressed that ‘that’s why the Bolivian right-wing strike failed.’

Politicians, legislators, academics and labor unions denounced the claims of the measure of force, aimed at preventing justice from judging those involved in the 2019 coup that brought a de facto government chaired by Jeanine Áñez to power and the exit violent from Morales.

Also, the Bolivian Minister of Communication, Gabriela Alcón, highlighted what happened this Monday, recognizing that the population responded with work to the strike and pointed out there are no reasons to carry out this type of measures when the country is in the process of economic reactivation.

She stated that from the reports received there is normality in most cities and in departments such as Pando, Oruro and Potosí; there are small active points, but tranquility prevails, she said.

Alcón celebrated the reigning stability in the South American country and denounced that they want to generate an ‘artificial, constructed crisis’, while people only want to work ‘for the economic reactivation’.

In the midst of the counterpoint, this Monday President Arce announced millionaire investments to promote productive development and industrialization in the department of Pando.

‘We do not make speeches, we do works and show results to the Bolivian people,’ Arce said on Friday when the Departmental Summit for Economic and Productive Reconstruction was inaugurated in La Paz. A report released this Monday by the World Bank positioned Bolivia at the head of public investment in Latin America and the Caribbean, and predicted a growth forecast for the economy of 4.7 percent to 5.5, from the measures implemented by the current Executive.