Bolsonaro denounced in The Hague for destroying the Amazon 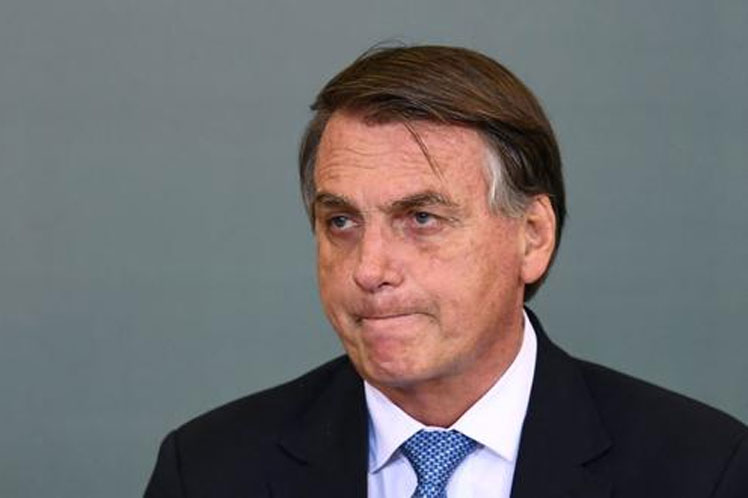 Bolsonaro denounced in The Hague for destroying the Amazon

According to columnist Jamil Chade, from UOL news portal, with the slogan ‘The planet against Bolsonaro’, the initiative is led by the All Rise group that presented the case to the prosecutor of the court, based in the Netherlands.

This is the sixth known complaint against Bolsonaro at the ICJ, but the first dealing specifically with his environmental policy. The process will be long and, in a first moment, it is up to the prosecutor to assess whether the accusation is valid, before opening the preliminary investigation proceedings.

In the Planeta vs Bolsonaro case, the entity alleges that actions of the former military officer and his government are ‘a broad and systematic attack against the Amazon, its regions and its defenders, and result not only in the persecution, murder and inhuman suffering of millions of people, but also around the world’, he says.

The lawsuit also came in the context of the Glasgow Climate Summit (Scotland) in which Brazil will be pressured by the international community to offer guarantees that it will adopt measures to reduce emissions and deforestation.

‘The destruction of the Amazon biome affects us all. We present evidence in our complaint that shows how Bolsonaro’s actions are directly related to the negative impact of climate change around the world’, as explained by Johannes Wesemann, founder of ‘All Rise’, a group devoted to environmental litigation.

‘It is estimated that emissions attributable to Bolsonaro’s government will cause more than 180 thousand deaths from excess heat throughout the planet in the next 80 years, based on current climate commitments’, the complaint alleges.

Brazilian Senate to vote on proposal on government debts

Brazilian Senate to vote on proposal on government debts