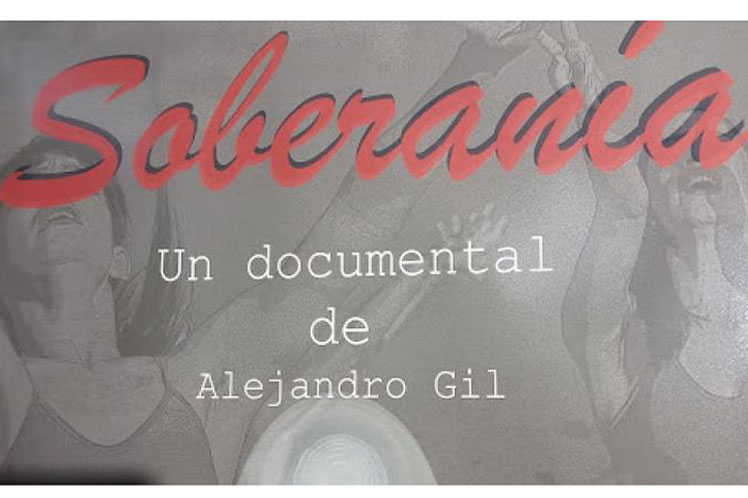 From Havana’s Embassy in Mexico and in the presence of Cuba’s Minister of Culture Alpidio Alonso, the filmmaker talked about that movie devoted to the work of Cuban scientists, the achievement of vaccine candidates and their certification as vaccines against the Covid-19 pandemic.

During the meeting, the Cuban head of State expressed his gratitude for Cuba’s status as Guest of Honor at the Cervantino, scheduled for October 13-31 in the city of Guanajuato, and acknowledged the presence of numerous representatives of popular dance music, concert music, circus and writers.

About the film, Gil commented on the willingness of the interviewees to tell their lives; as well as the affection, tenderness and dedication of the researchers belonging to the Center for Genetic Engineering and Biotechnology (CIGB), the Finlay Vaccine Institute (IFV) and the BioCubaFarma group.

‘It reflects the conditions and daily life of those professionals, there is a huge world of collaborations behind the documentary. Culture accompanied those moments of emotional difficulty and, therefore, the product incorporates various artistic manifestations such as dance,’ Gil assured.

The viewer discovers the family relationships and the processes of vaccine conception through the testimony of Vicente Perez Bencomo, the IFV’s general director, and Yuri Valdes and Dagmar Garcia, deputy and research directors of that entity, respectively.

On Monday evening, Alpidio Alonso talked with intellectuals from Mexico and Cuba about the artistic presence of the country at the Cervantino, the tightening of the US economic, commercial and financial blockade and Washington’s destabilizing campaigns.