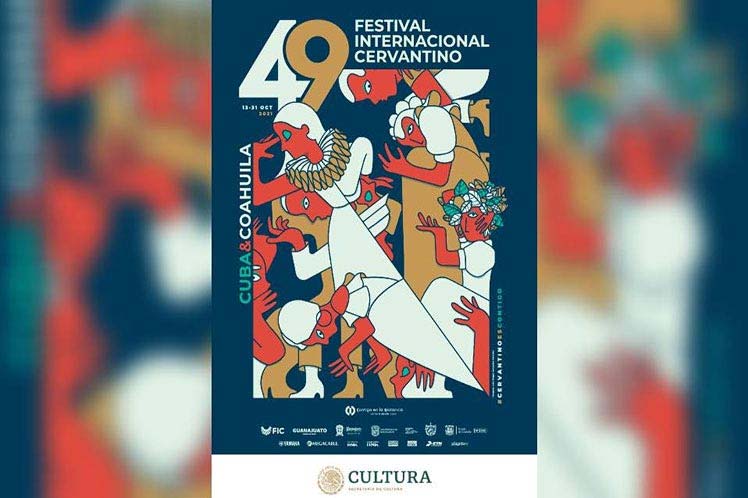 Delegations from Argentina, Colombia, Cuba, Georgia, Spain, Canada, Italy and the host country will perfom at the festival with plays that will address different topics and were conceived for plural audiences.

Guanajuato’s Principal Theater will be the venue of the onsite pieces, but other activities will take place at the San Francisco square to take theater to the communities. Virtual forums will be held on digital platforms.

The play Diez Millones (Ten Million), from Cuba, by renowned director Carlos Celdran, is included in the program, and is about oblivion and the importance of preserving memory.

According to the playwright, the text emerged from a personal vision that was built up to become an ensemble of narratives, dialogues, monologues, where the most risky thing in theater is attempted: starting from oneself to speak to others, to everyone.

He said at the presentation of the play, with which he celebrated the 20th anniversary of his group, that it is an interpretation of the past, its darkness (…) of those we were and do not understand (…) and then bury to survive in a collective amnesia that looks at the present without links to the past.

Cuba, with a large delegation of artists, is the guest country at the current Cervantino Festival, slated until October 31.