Over 66% of Cubans has had their three vaccine shots 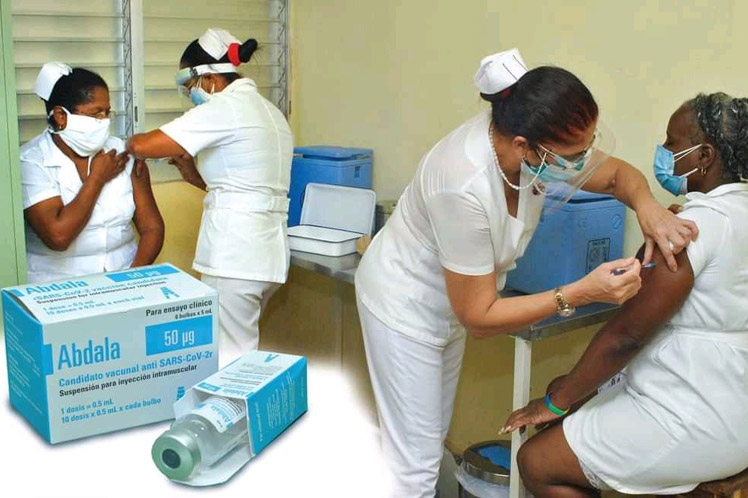 Over 66% of Cubans has had their three vaccine shots

The national director of Epidemiology of the Minsap, Doctor Francisco Durán García, specified in a tv conference that 98.7 percent (nine million 654 thousand 835) have at least one dose of the Soberana 02 or Abdala vaccines, while 76.6 percent (seven million 498 thousand 484) received the second one.

Patients with less than two months of suffering from the disease, patients with acute ailments, those who have undergone emergency surgeries and other diseases, those stranded in other countries and children under two years of age are ruled out from those figures.

Durán García pointed out that 58.1 percent of the total population has two doses of Soberana 02 and one of Soberana Plus, both from the Finlay Vaccine Institute (IFV), or three doses of Abdala, which was developed by the Center for Genetic Engineering and Biotechnology (CIGB).

Cuba leads the world regarding speed of its vaccination plan with some 200,000 doses per day, and sometimes 300,000, a rate that is expected to give protection to 90 percent of its population by next November.

Covid-19 cases on the rise in Quebec, Canada

People urged to wear mask on trains and stations in France

Covid-19 cases on the rise in Quebec, Canada

People urged to wear mask on trains and stations in France