PAHO, ECLAC urge to speed up vaccination in the developing world 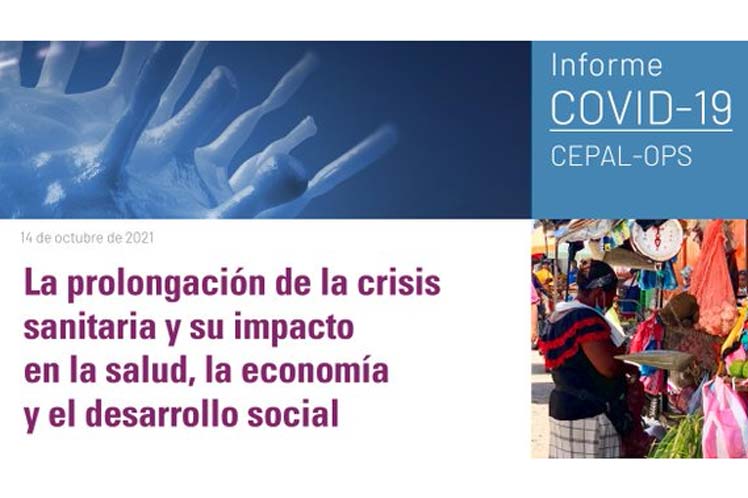 PAHO, ECLAC urge to speed up vaccination in the developing world

In a new joint report released at a press briefing, the two organizations also called on the regional Governments to transform healthcare systems, strengthen public investment and consolidate welfare States, among other measures.

They considered those to be the ways to control the health crisis in a short term, and move towards a transformative recovery, with equality and environmental sustainability, aligned with the Sustainable Development Goals (SDGs), Carissa Etienne, director of PAHO and Alicia Barcena, executive secretary of ECLAC noted.

The Covid-19 pandemic let us know the need to build a public healthcare agenda with a comprehensive perspective in Latin America and the Caribbean that recognizes the interdependence that exists among the health, social, economic and environmental dimensions, experts underscored in the document.

Entitled, ‘The Prolongation of the Health Crisis and its Impact on Health, Economy and Social Development,’ the text referred that the current pandemic has claimed just over 1.5 million lives in the region and resulted in over 45.7 million Covid-19 cases since its outbreak in February 2020.

That planetary zone, authorities set out, accounts for nearly one-fifth of those active cases, and around 30 percent of deaths worldwide, despite having only 8.4 percent of the global population.

In 2020, in the wake of the health crisis, the region experienced the largest economic contraction in 120 years, and had the worst performance in the developing world, specialists added.