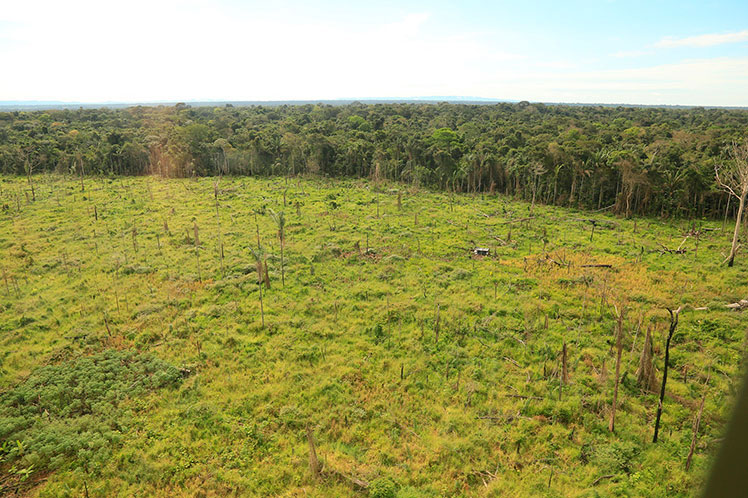 On Twitter, he noted that transformation Colombia needs must turn fertile land into an instrument of production and turn the nation into an agricultural industrial power.

In addition, he said, the agrarian reform would allow removing economic and mercantile pressure on the agricultural frontier, which must not be expanded any further due to it destroys the forests, moors and waters.

The defense of the Amazon rainforest is vital for humanity in times of climate change, he underscored.

If fertile land becomes an instrument of democratized production, the peasantry becomes richer, the domestic market increases and industrialization is possible, which is fundamental for building democracy and peace, he stated.

In his opinion, ‘the extremist right-wing thinking spokesperson of the interests of the cocaine dollar launderers who appropriated the land, expropriating the peasantry by blood and fire, use the press to point out those ideas as dangerous and populist.’

Petro referred in such sense, to the treatment given by some press media to an idea exposed about the expropriation of unproductive land.

‘Having unproductive fertile land is not capitalist, it is feudal, pre-modern. This pre-modernity explains the huge social inequality in Colombia and the permanent violence. Therefore, an agrarian reform that democratizes and makes fertile land productive is fundamental,’ he noted.

He highlighted that he is referring to 22 million hectares of fertile land of which only six million are used for production.

If the 16 million hectares in the hands of unproductive landowners were cultivated for food, we would have two million additional agricultural jobs, Petro pointed out.