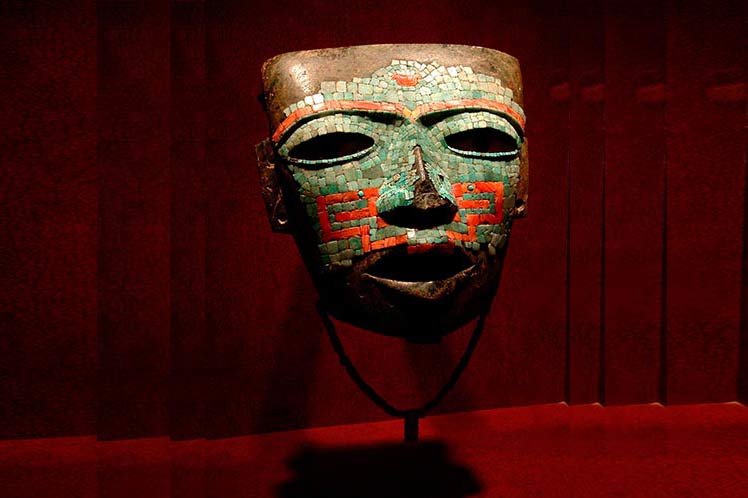 Mexico City, (Prensa Latina) The Malinaltepec mask, an impressive archeological piece dating back to more than 1,800 years, is a sample of universal knowledge –in many aspects better than that of Europe at the time- which shows the flourishing of a great culture in pre-Hispanic Mexico. 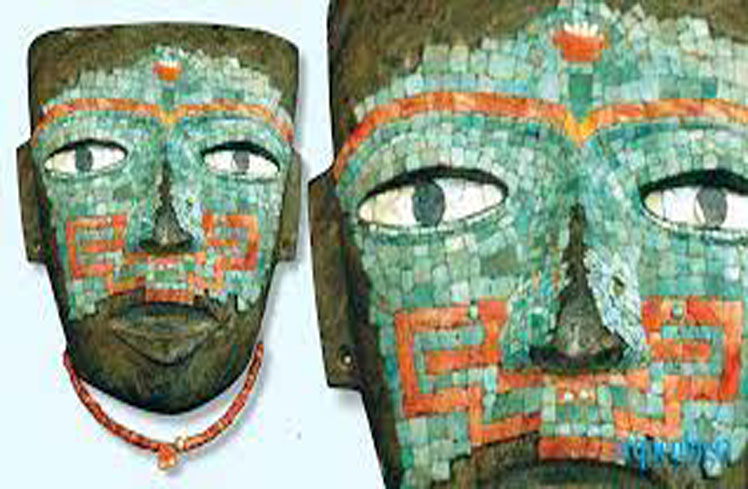 The mask, 21centimeters high and 21 centimeters wide, stands out for being made with 762 tesseras, which are small pieces of stone, terracotta or colored glass used to make mosaic.

One of its outstanding features is that the fragments are fixed with an autochthonous material from Mexico used in Europe: the copal, an aromatic resin of Bursera, a family of sacred trees.

The substance was also used as incense and crystalized to work with jewelry. However, it had a different connotation in the Latin American nation from that in the so called Old Continent, since in that country it was a basic element for consecrations.

In Náhuatl it’s named copalquáhuitl and its ash copalli, while in the sacred sphere it was called iztacteteo, the ‘white god,’ and still has that meaning, despite the Christianization imposed by the Spaniards and its different commercial uses.

The authenticity of the Malinaltepec mask, one of the best preserved funeral pieces of those civilizations, was scientifically proven.

It’s such a perfect piece that, despite being found in 1921, it caused debate. When he discovered it, expert Porfirio Aguirre said he had found one of Central America’s best treasures, but authorities thought that it had been made.

At the beginning of 2008, archeologist Felipe Solís, then Director of the National Anthropology Museum, was able to do a more thorough research and proved that the exceptional piece had been made by the hands ofTeotihuacan artists.

Restorer Sofía Martínez, who is responsible for the Institute’s Funeral Mask Project, said that the team that analyzed it was amazed by its manufacturing technique and the materials that decorate it: chloritite (a yellowish green rock), amazonite in the blue tesseras, shell and spectacular hematite, as well as the copal.