Haiti continues on strike against insecurity 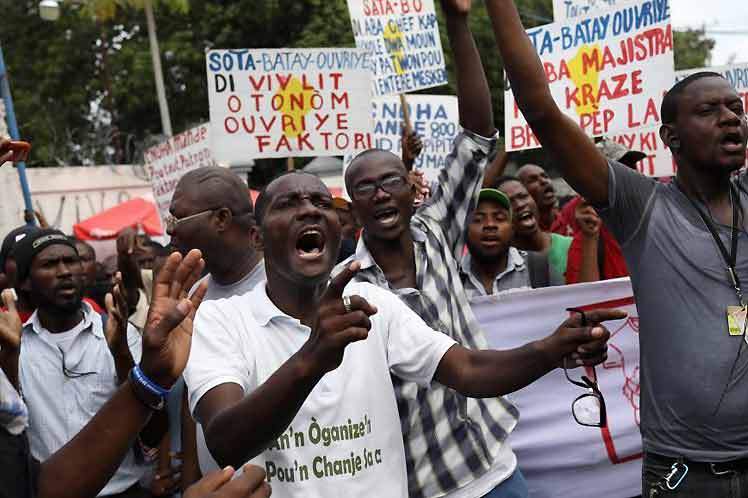 Haiti continues on strike against insecurity

Schools, small businesses and companies in key areas continue with their doors closed on this second consecutive day that calls for government action to combat armed gangs.

Although the majority respected the strike, some carriers operated this Tuesday, together with medium and small businesses, especially in the southeast of Port-au-Prince, in areas further away from the city center.

In particular, kidnappings have tripled in recent months compared to previous periods, and gangs that specialized collect high ransom to free the victims.

The most recent included 17 missionaries from the United States and Canada, many of whom were visiting the country for the first time and were captured in Ganthier, an area under the influence of the 400 Mawozo gang.

In the group are five children, the youngest of them eight months old and they were detained after leaving an orphanage, confirmed the organization Christian Aid Ministries, although other versions indicate that they were heading towards the airport.

According to statements by the Minister of Justice, Litz Quitel, the kidnappers are asking for an amount of 17 million dollars, although he admitted that they are in negotiations with the gang.

400 Mawozo already held a dozen religious last April, including two Frenchmen, and on other occasions he kidnapped buses full of passengers.

Security in Haiti deteriorated after 2019, reaching record numbers this year, with more than 628 kidnappings recorded in the first nine months, the displacement of more than 19,000 people, and more than a hundred civilian victims amid the reorganization of the armed groups that operate with impunity in the country.