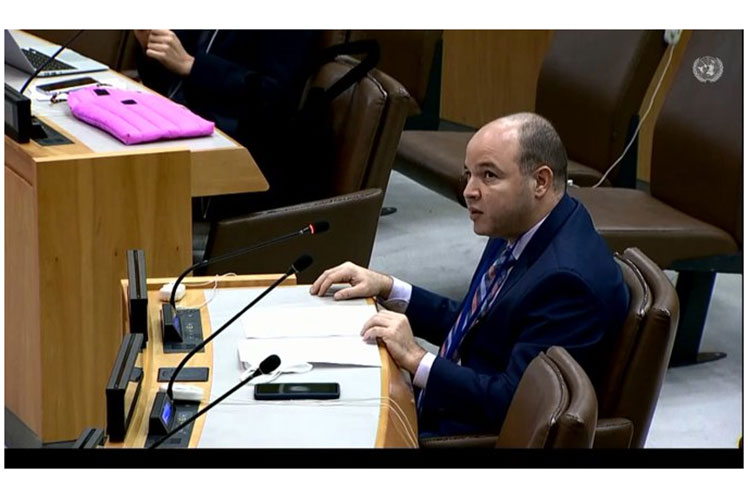 During his speech at the 4th UN Commission, Romero recalled that colonial issue of Puerto Rico has been considered for over 43 years in that Special Committee on Decolonization.

On June 18, resolution recognizing the inalienable right of Puerto Ricans to self-determination and independence was adopted by consensus, Romero stressed.

To date, present status of Puerto Rico prevents its citizens from making sovereign decisions to meet their own needs and pin down their future, especially those closely related to economic and social issues.

Decolonization process, which made self-determination and independence possible for many peoples, is regarded as one of the most significant transformations of the 20th century, Romero added.

However, he said, the materialization of multilateral mechanisms is pressing to eradicate decolonization that several territories are still suffering including the 17 ones registered in the UN Special Committee on Decolonization.

The Cuban diplomat doubled down his country champions the right of Western Sahara people to self-determination, based on respect for principles and purposes of the UN Charter and International Law.

Plus, Romero stated, we support the legitimate right of the Argentine Republic in the sovereignty dispute concerning the Malvinas Islands, South Georgia, South Sandwich and the surrounding maritime spaces.

Cuba´s commitment and solidarity with the peoples of the non-autonomous territories is proved over the years and through collaboration actions, in fact, a total of 2,073 scholarship holders from those places have to date gotten their degrees in Cuba.

Romero also rejected the decision to establish an Internet Task Force with the stated objective of promoting a ‘free and unregulated flow of information in Cuba.’

In this regard, we urged for the legitimate right of all States to access outer space under equal conditions and without discrimination, while opposing to its militarization.