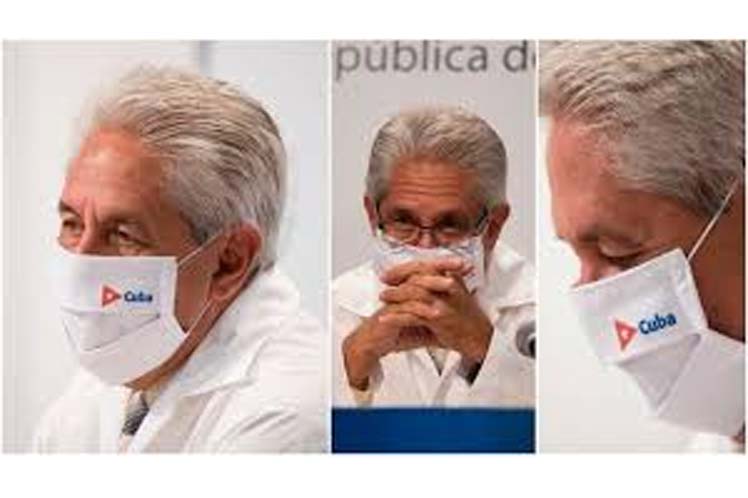 Havana, Oct 20 (Prensa Latina) The Cuban Hermanos Saiz Association (AHS) recognized today the National Director of Epidemiology, Francisco Duran, with the 35th Anniversary seal for his work in favor of life and hope.

The association, which brings together the country’s young artistic vanguard, toured hospitals to show a little of its work, on the celebration of the National Culture Day on October 20.

On Facebook, the entity’s vice president, Yasel Toledo informed that the creators talked on Wednesday to Duran for a few minutes about their work through art and help in isolation centers, hospitals and neighborhoods.

We gave him details of the 35th anniversary campaign and continued our visit to other hospital facilities as part of the initiative, which includes artistic and audiovisual presentations and the delivery of postcards,’ Toledo wrote.

The humility of a man devoted to the development of epidemiology in Cuba was perceptible in the exchange, he indicated, and they conveyed their gratitude to him and to all the healthcare professionals who are fighting against the Covid-19 pandemic.

The AHS celebrated its 35th anniversary on October 18 with a ceremony at the Armando Hart Hall of the Jose Marti National Library, in a happy coincidence with the 120th anniversary of the distinguished center, declared as a National Monument.

During the event, six outstanding representatives of Cuban literature, art and culture received the Maestro de Juventudes award, as well as recognition to the bookstore, the Union of Writers and Artists of Cuba and the president of Casa de las Americas, Abel Prieto.

On previous days, they presented the winning texts of the Calendar Literature Award, which they sponsor, audiovisual premieres, exhibitions and other activities in websites platforms and traditional media.

The institution, which has a network of work through the known Casas del Joven Creador, pays tribute to Sergio and Luis Saiz Montes de Oca, two young intellectuals murdered by the dictatorship of Fulgencio Batista (1952-1959).