Latin American Declaration on Accessible Tourism to be signed in Cuba 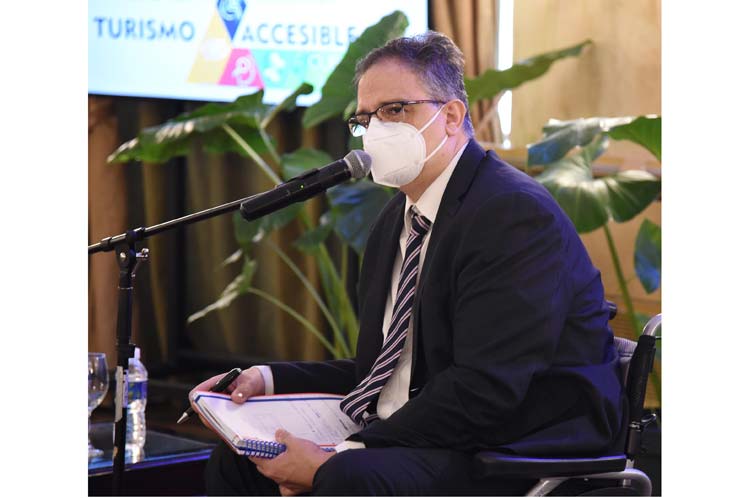 Latin American Declaration on Accessible Tourism to be signed in Cuba

The president of the Ibero-American Network of Accessible Tourism, Spanish Diego González, added that such an important document has been managed since 2016 and they chose Havana for the signing due to its conditions and the effort to develop this type of travel.

During a meeting with the press at the Hotel Nacional de Cuba, he explained that the 4th Ibero-American Summit on Accessible Tourism will take place precisely in this establishment from December 15 to 17 of the current year, when the aforementioned text will be finalized.

Along with González, the president of the organizing committee of the Summit, María del Carmen Orellana, the person in charge of the Cuban Accessibility Network, Luisa Pérez, and the advisor to the Ministry of Tourism of this country (Mintur), José Manuel Bisbé, participated in the dialogue.

González recalled that in 2019 it was decided at the Uruguay meeting that Cuba would be the next Summit venue, postponed due to the impact of Covid-19.

He outlined that accessibility and inclusion are the keywords for this type of tourism, a claim of much of the world that will have the focus of discussions in December in this country.

The island event has the participation, in addition to Mintur, of the Ecotur travel agency, SkedioTravel, Viajes Cuba, the National Hotel, and the local associations Ansoc (deaf), ANCI (blind) and Aclifim (limited engines).

Thirty speakers from 14 countriesare to participate in that event, and although it is pending to be confirmed, in previous editions about 400 people attended. On this occasion, the Summit will be hybrid, that is, digital and face-to-face.

The interlocutors reiterated that the choice of Cuba responds to its prominence in terms of the travel industry in general and the effort to enhance the presence of tourists through accessibility and reduced mobility programs.

The experts specified that it is not only about people with problems of limitations due to diseases, but also the elderly and their relatives -they exemplified- when people with limitations are equally entitled to all types of trips.

This is the main objective of the Ibero-American Network and in particular of the Summit. The document to be signed aims to enhance these facilities and promote them in the region.

Despite the fact that it is about Ibero-America, and in particular Latin America and the Caribbean, the call and the text have a global reach, since specialists on the subject from the five continents attend.

Among the participants will be representatives of important museums such as the Prado (Spain) and the Louvre (France), as well as experts in technology and robotics.

Officially, Cuba created its National Accessible Tourism Network a year ago, but since 2001 it has already started outreach programs on this matter.

González said that only in Europe there are 130 million potential tourists with disabilities, accompanied by their families and caregivers, which indicates a relevant travel market.