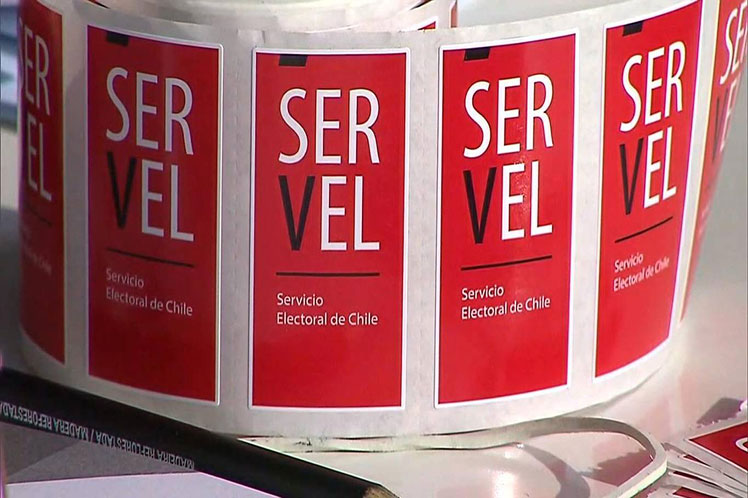 As of Friday, the candidates for the presidency, the National Congress and the regional councils will be able to make propaganda in squares, parks and other public places authorized by the SERVEL.

‘We call on the candidates to carry out the propaganda within what the law stipulates,’ the president of the Electoral Service’s board of directors, Andres Tagle said warning that anyone can alert on irregularities in the citizen complaints website.

Tagle pointed out that the television electoral strip also started today, where candidates for different positions can expose their government programs. In the opinion of the political and academic analyst of the University of Talca, Mauricio Morales, that space is an important factor given the high level of uncertainty that exists about the outcome of the elections.

He recalled that so far the presidential candidate with the highest intention to vote in the different polls is Gabriel Boric, from the left-wing ‘Apruebo Dignidad'(I Approve Dignity) coalition, which has between 21 and 25 percentage points, so the polls take a second round for sure.

The polls then locate the candidate of the extreme right, Jose Antonio Kast, of the Republican Party; followed by Yasna Provoste, from the New Social Pact party; and Sebastian Sichel, from the official ‘Chile Podemos Mas’ (Chile we can do more) alliance. Also, competing in the race for the Palacio de La Moneda are Marco Enriquez-Ominami, from the Progressive Party; Eduardo Artes, from Union Patriotica; and the economist Franco Parisi, from the People’s Party.

Over 15 million people will be summoned to the polls on November 21 with the aim of electing the president for the 2022-2026 term; as well as senators, lawmakers and regional councilors. In the event of a second round, the scheduled date is December 19.