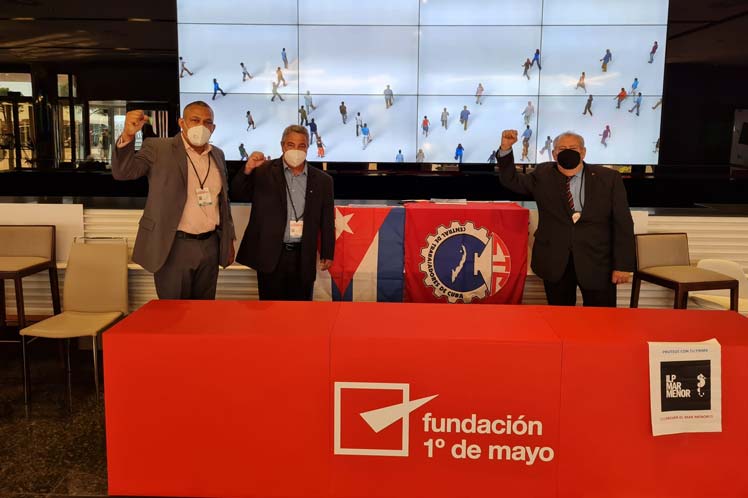 In an exclusive interview with Prensa Latina, on the occasion of a short visit to participate in the 12th Confederal Congress of the Workers’ Commissions (CCOO) of Spain, Guilarte praised the effectiveness of the three Cuban vaccines that are currently administered in the country.

In late November, we expect to have 90 percent of the Cuban population fully immunized with the vaccines in the international validation phase (Abdala, Soberana02 and Soberana Plus), in addition to a promising development with serums for minors aged 0-2 years and 2-18 years, as well as pregnant women, Guilarte explained.

The union leader told Prensa Latina that during his attendance to the CCOO meeting, Cuba’s reality aroused the interest of several high-ranking union leaders from France, Italy, Argentina, Chile and Palestine.

Likewise, he held fruitful meetings with George Mavrikos, general secretary of the World Federation of Trade Unions (WFTU), who expressly traveled to Madrid to prepare the WFTU congress in 2022.

He also met with Unai Sordo, who was reelected CCOO Secretary-General, and whom he invited to visit Cuba and further learn about the current situation in his country.

Guilarte, who is also a member of the Council of State and the Political Bureau of the Communist Party of Cuba (PCC), said that during the CCOO meeting, neoliberal trends that have led millions of people worldwide to lose their jobs due to the Covid-19 pandemic were also tackled.