His Majesty the ‘danzón’ (+ Photo) 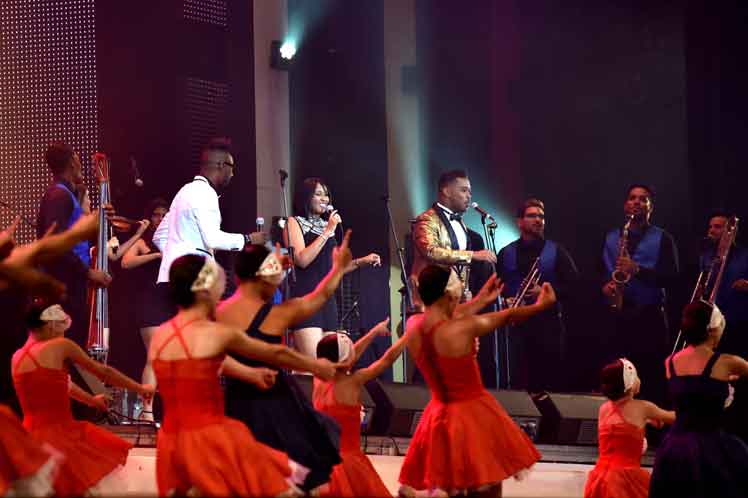 His Majesty the ‘danzón’ (+ Photo)

According to novelist and musicologist Alejo Carpentier, this rhythm was consecrated as a new type of representation ‘by the Matanzas musician Miguel Faílde, who composed in June 1877 four works entitled El delirio, La ingratitud, Las quejas and Las Alturas de Simpson’, the latter in allusion to the surname of Luis, the organizer of those social celebrations, who asked the orchestra director to write melodies adapted to the interest of dancers.

When I wrote that music, I came up with the idea of the dance that today is called ‘danzón’, Faílde explained in reference to that type of slower composition, adjusted to the warm climate of the Caribbean nation, in which the couples were definitely linked and moved away from the evolutions of figure. This expression was so much liked that, in spite of the rejection of the Spanish colonial authorities for considering it ‘something of blacks and infidels’, it became very popular in the island.

In his Diccionario Enciclopédico de la Música en Cuba (Encyclopedic Dictionary of Music in Cuba), Radamés Giro assures that until 1920 -with the irruption of the ‘son’, interpreted by the Sexteto Habanero- there was no event that was not glossed or celebrated with the considered national dance.

José Urfé, ‘archonte’ of a ‘dynasty’ of brilliant musicians, completed in 1910 the subsequent structure of the genre, when he created El bombín de Barreto, a piece in whose last part he introduced the rhythmic element of ‘son’.

From then on, the ‘danzón’ was enriched by new musical genres such as the fashionable ‘boleros’, street cries, North American and Spanish influences and even Chinese melodies.

Written in 2/4 time, together with the ‘contradanza’ and the ‘danza’, the rhythm originated the first prototype of popular instrumental ensemble of the Caribbean country: the typical wind orchestra, which in the 19th century was integrated by a cornetín (cornetin), a trombone, a figle, a bombardino, two clarinets, two or more violins, a contrabass, a pair of ‘timbales’ (kettledrums) or ‘pailas criollas’ and a ‘guiro’.

In the late 1920s, by fusing the son with the ‘danzón’ and incorporating a singer, Aniceto Díaz created the ‘danzonete’; in the mid-1930s the Antonio Arcaño orchestra made the new rhythm ‘danzón’ fashionable and from that musical expression derived the mambo, later made independent by Dámaso Pérez Prado, and the chachachá, which the violinist, composer and director Enrique Jorrín turned into his own style.

Jazz musicians of international stature such as Chucho Valdés, Gonzalo Rubalcaba, Emiliano Salvador and Alejandro Falcón have created and enriched with contemporary harmonies and timbres works not only for piano, but also for groups of different instrumental formats based ondanzon, whose majesty was ratified in 2013, when it was included in the list of the nation’s intangible cultural heritage.