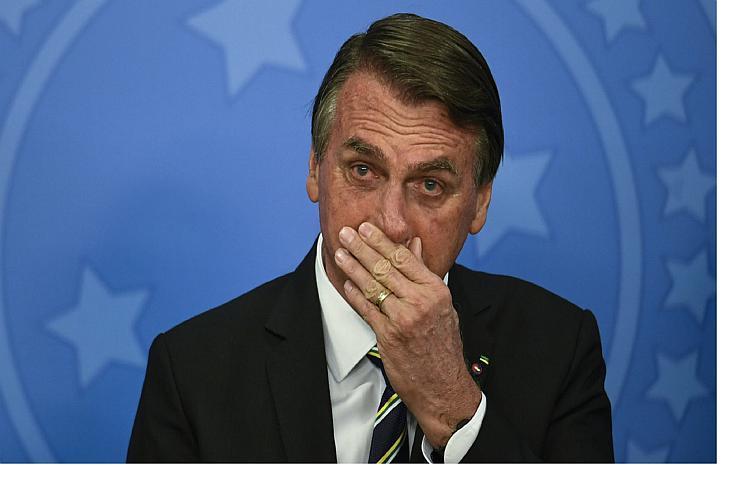 The ex-military’s statements were made on October 21 during his weekly broadcast and now the opposition in the Chamber of Deputies acknowledged that it intends to take its lawsuit to an International Court, if it proceeds.

In the video Bolsonaro assured that ‘a comparison of official government reports suggests that fully vaccinated people (against Covid-19) are developing Acquired Immune Deficiency Syndrome much faster than expected’.

Filed by the Socialism and Liberty Party (PSOL) bench in the Lower House and also signed by Deputy Túlio Gadêlha, the lawsuit accuses the president of ‘violations of the Penal Code, infraction of a preventive sanitary measure and danger to the life or health of third parties’.

Also for transgression of the Federal Constitution, the principle of morality and the Law of Administrative Improbity and the crime of liability’.

For her part, on the social network Twitter, the party’s leader in the lower house, Talíria Petrone, emphasized that the criminal notice intends the Supreme Court to recognize Bolsonaro’s guilt ‘for lying and associating anti-Covid-19 vaccines with HIV / AIDS.’

For such misinformation, the video platform Youtube also suspended for a week Bolsonaro’s channel and the social network Facebook withdrew the transmission, arguing that its ‘policies do not allow claiming that vaccines against the coronavirus kill or can cause serious harm to people.’

According to the news portal G1, the UK Department of Health and Social Care said the post came from a website that spreads ‘fake news’ and conspiracy theories.

Zahraa Vindhani, head of communications at the UK’s Health Security Agency, also states that ‘anti-Covid-19 vaccines do not cause AIDS. AIDS is caused by HIV,’ she stressed.