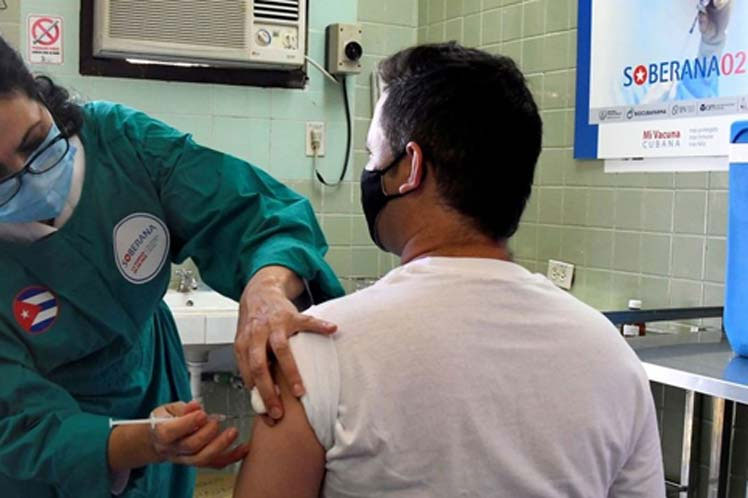 According to the ministry’s website, nine million 805 thousand 148 people have received a first dose of the Cuban vaccines, while the second has been administered to eight million 808 thousand 107 and the third to six million 744 thousand 499.

With the complete vaccination plan against Covid-19 there are seven million 30 thousand 356 people, the source added.

It was recently reported that 100 percent of the vaccine-eligible population of Cuba already has at least a first dose of some anti-Covid-19 immunizer created in the nation.

Director of Science and Innovation and Technology of the Health Ministry, Iliana Morales, explained that the table of ‘vaccinable’ population excludes convalescents with less than two months who cannot be immunized, and those with severe diseases.

Also, those having undergone emergency surgeries and other diseases, those stranded in other countries and children under two years of age.

In addition to having three antiCovid-19 vaccines authorized for emergency use, Cuba has two other candidates: Soberana 01 and Mambisa, the latter, the only from the 10 in the world, designed to be administered through nasal route.

The country was the first globally to initiate a mass immunization campaign against Covid-19 in children aged 2 to 18 with vaccines Soberana 02 and Soberana Plus, in a plan of three doses, separated by intervals of 28 days.

Recently, the Finlay Vaccine Institute of Cuba reported that more than one million children and adolescents received the two doses of Soberana 02 and for next November it is expected to conclude the vaccination in children when they will get the booster shot of Soberana Plus.