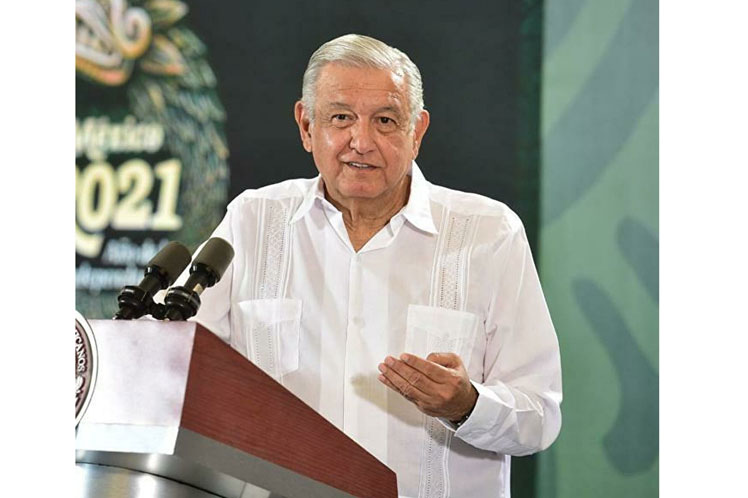 From Campeche, where he is on a tour and held his morning press conference, the president dedicated it to the subject, with the participation of the secretaries involved in the vaccination campaign initiated in 2020.

The undersecretary of Health Prevention, Hugo Lopez-Gatell, who led the operation, said that the success was achieved thanks to the Corre-caminos program, vaccination brigades that reached every corner of the country with the support of state institutions and not only the federal government.

The president, secretaries, governors, municipal leaders participated, with general meetings twice a week without interruption throughout the emergency, and the strategies, their development and welfare plans were analyzed, he explained.

More than 300,000 people were permanently involved during all this time directly, and other contingents indirectly. So far, 130 million doses have arrived in the country and will continue to arrive to complete the cycles.

In many moments, said the official, more than one million people were inoculated per day and this first stage ends with 81 percent with the complete scheme, and the rest with the first dose, a few days before the date set for November.

The operation, he announced, will not stop until the full scheme is completed in the 953 municipalities of the country that have yet to achieve the full scheme, and this includes the populations of complex and distant dispersion that had to be reached,

He also highlighted in this effort the work of the Treasury to guarantee financing and the Federal Protection Commission to verify, approve and guarantee the quality of the numerous vaccines used with the application of technical and scientific criteria endorsed by the WHO.