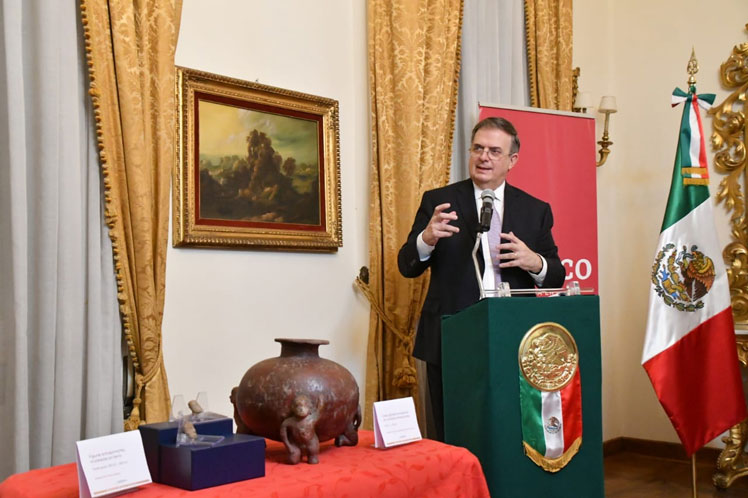 According to the note, Mexico’s agenda at the meeting heads towards insisting on the matter before the World Health Organization and the group pronouncing itself in favor of the demand, and recognizing the need to address migration from an integral perspective.

The Mexican delegation, to be headed by Foreign Minister Marcelo Ebrard, arrived last night in the Italian capital and from that moment on began an intense activity.

It began with an on-line conversation with Giancarlo Giorgetti, Italy’s Minister of Economic Development, with whom he explored cooperation mechanisms in health matters, including the ‘Raithera’ vaccine.

This morning, the minister inaugurated an on-line mental health window for attending seven thousand Mexicans living in Italy, and later on he was given three pre-Hispanic pieces returned by the Italian government to Mexico. 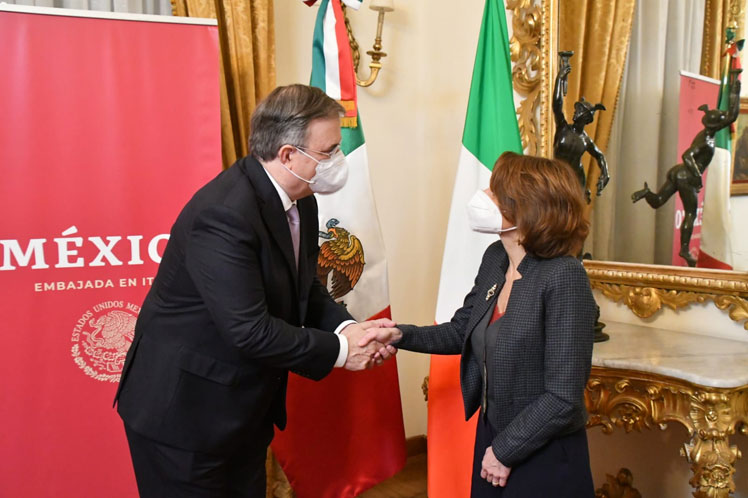 Afterwards, he held a meeting with Indonesian Foreign Minister, Marsudi. The note described it as a very good meeting in which Mexico called for support to its vaccine universal recognition initiative. 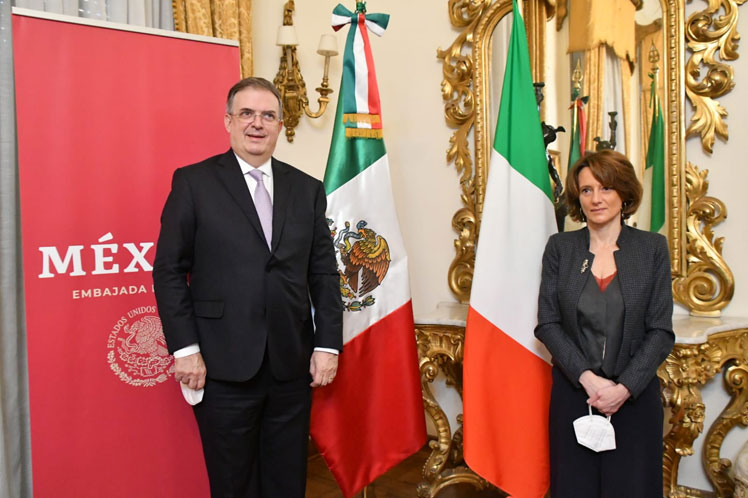 At noon a working lunch was held with executives of Fincatieri company, involved in the modernization and expansion of ‘Puerto Progreso’ project.

In the message during the on-line inauguration of the Mental Health Window, he considered very important that this initiative puts mental health at the center of attention of efforts as an issue of society and the State and not as a problem of suffering individuals.

A speech was addressed during the restitution of cultural property by the Unit for the Protection of Cultural Heritage of the Carabineri, in which the minister announced that Italy is restoring more than 2300 years of history and culture to Mexico, as is the case of the two very valuable small vessels from Teotihuacán. 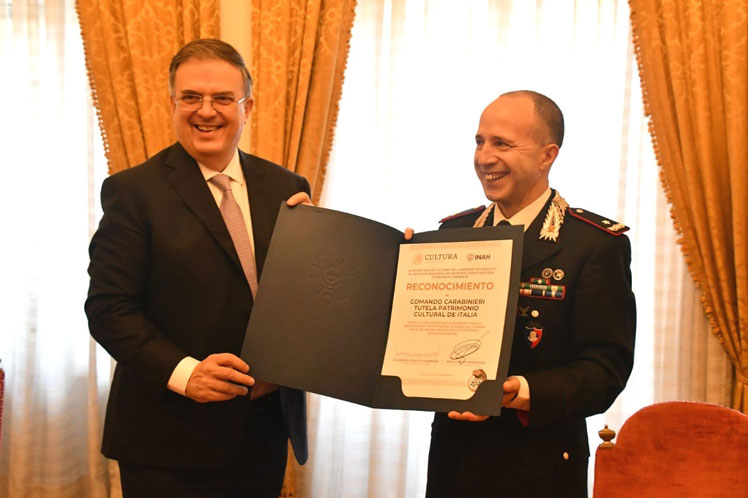 He revealed that cultural merchants are preparing an upcoming auction of 72 Mexican pieces, none of these are, and the Government of his country will struggle to recover them.