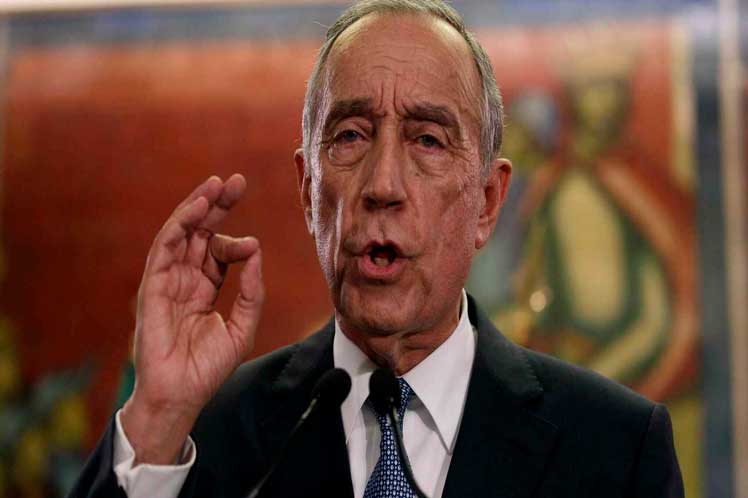 The date for early elections will always be in the interest of the country and not determined by that of some parties, said de Sousa, referring to the political crisis caused by the disapproval last week of the state budget project for 2022.

Once the position with the Council of State is specified, we will go to the next phase, which is the definition of the elections, added the head of state, who announced that the decision could be made on Wednesday or Thursday.

So far there is no agenda officially set for Thursday by the Palacio de Belén (seat of the Presidency of the Republic).

Commenting on the meeting with the leaders of the political forces with a parliamentary seat – this Saturday – the president expressed that the majority was in favor of the dissolution of the parliament, but not all of an early election.

They all defended January as the probable date, he added.

However, he announced that he wants to program a series of laws for approval before the formalization of the dissolution.

Although he did not specify any particular issue, the president said it was about some European directives that have limited deadlines under penalty of non-compliance, and others that the government considers fundamental. De Sousa acknowledged that he considered the red light for the budget plan, the first in the country’s short democratic history, as unlikely until the last moment of last Wednesday.

“Until the end I hoped that there would be negotiation and agreement,” he stressed.

Meanwhile, the spokesperson for the People-Animals-Nature (PAN) party, Inés Sousa Real, on Monday gave the president some responsibility with what happened in parliament last week.

It was hasty in the way she acted, Real stated in clear allusion to the pre-announcements that a disapproval would lead to early elections.

The budget project received criticism from almost the entire Portuguese political arc considering it insufficient for economic recovery after the Covid-19 pandemic, which last January had the worst figures in the entire European Union and could produce a rebound in the cases and deaths next month.

Last Wednesday only the governmental Socialist Party, with 108 of the 230 seats, voted in favor of the budget, the PAN and two independent legislators abstained.

The Left Bloc, the Portuguese Communist Party, the Social Democrats, the Greens, the CDS-Popular Party, and the only deputies of Chega (Basta) and the Liberal Initiative voted against it, in a coincidence on both sides of the lusitanian political arc.