Venezuela’s Great Patriotic Pole reaffirms its support to the CNE 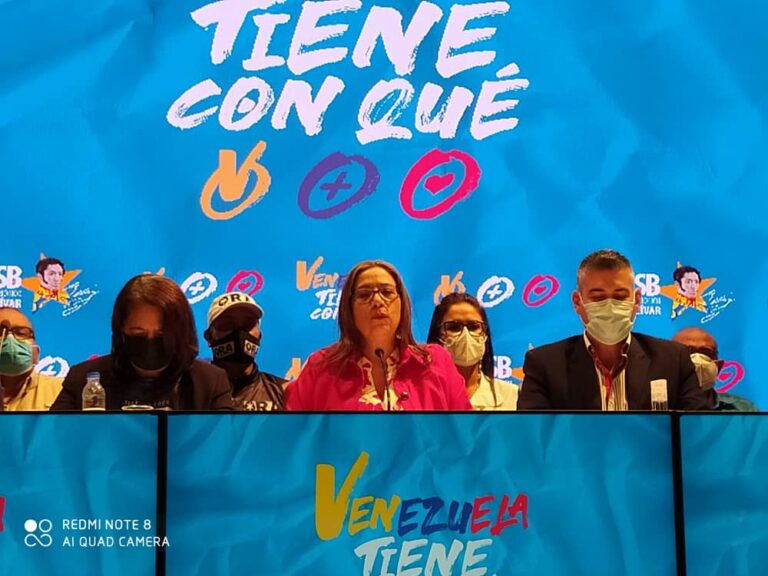 Venezuela’s Great Patriotic Pole reaffirms its support to the CNE

Caracas, Nov 3 ( Prensa Latina) The Great Patriotic Pole of Venezuela reaffirmed today its support to the National Electoral Council and the powers of the State in view of the elections of next November 21. During a campaign event, the head of communication of the command of that revolutionary coalition, Tania Valentina Diaz, expressed her confidence in the electoral process.
Share on facebook
Share on twitter
Share on whatsapp
Share on telegram
Share on email

“The nine political parties and movements that make up the Great Pole, we are confident that a suffrage will be carried out at the level of Venezuelans and we are definitely going to give the world a lesson of democracy,” she assured.

Diaz emphasized that the campaign has been “face to face, house to house, heart to heart, along with the people.”

Those elections, she said, must seal a new political path for Venezuela, where there is no room for violence and where the people’s will must decide the destiny of the country.

Meanwhile, Roberto Messuti, representative of the Somos Venezuela party, noted that the work carried out shows there is a future in Venezuela, a clear political and government project.

He highlighted the unity of all the movements and parties that make up the GPP.

“It is a proposal for the country and we have the support of the majority,” he added.

The organizations’ representatives recalled that such electoral process is the result of the will of the people, who have been able to resist and overcome the US blockade with the unity of all factors. Mr. Diaz also welcomed and thanked the international observers who are in the country on the regional and municipal elections.

She urged journalists and communicators to join the campaign and collect the voice, the opinions of the people in the streets, so that it may be visible and show the true face of Venezuela.